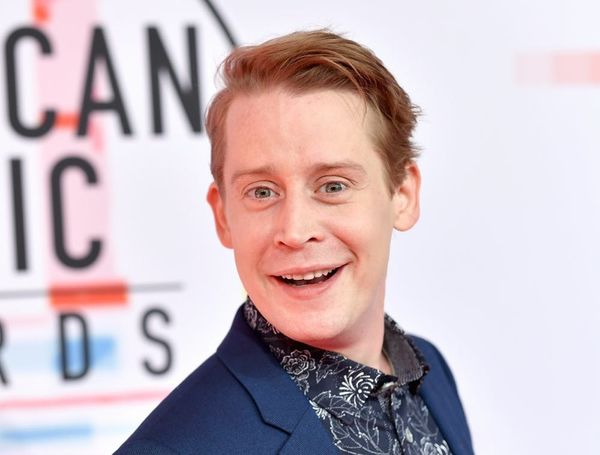 A lot of actors and musicians change their names, but most do it before they become famous, not after. Macaulay Culkin After a vote by fans, the actor has decided to legally change his middle name to — wait for it — Macaulay Culkin, which will make his full name Macaulay Macaulay Culkin Culkin.

Culkin’s given middle name is Carson, but he decided earlier this year that he wanted to swap it out for something a little more fun. “I was staring at my passport recently and stuff, and I was looking over my middle name,” Culkin told Jimmy Fallon in November. “And I felt like, you know, I should probably spruce up my name a little bit.”

Rather than just pick a name from a book, though, Culkin asked the internet to weigh in. “My middle name is something dumb. Larry? Orange? Honestly, I can’t even remember it,” he wrote in a post on his website, BunnyEars.com. “So I asked you all to send in some better options so I can go down to the courthouse and explain to a judge why I need to change my middle name to something cool.”

He went on to reveal his five favorite options out of the hundreds that fans had submitted: “Macaulay Culkin,” “Shark Week,” “Kieran” (his brother’s first name), “The McRib Is Back,” and “Publicity Stunt.”

Voting remained open until Christmas Eve, with Culkin occasionally tweeting out encouragement and even trying to get McDonald’s involved.

This is the final day for a rush of voters to help @SharkWeek take the lead. Or McRib (looking at you @McDonalds). https://t.co/B6wxqzcmad

The actor announced the results on Twitter on December 25, writing, “Merry Christmas to me, from all of you! My new middle name has been chosen. You voted and the winner is clear. In 2019 my new legal name will be: Macaulay Macaulay Culkin Culkin. It has a nice ring to it (if you like my name).”

Merry Christmas to me, from all of you!

My new middle name has been chosen. You voted and the winner is clear.

It has a nice ring to it (if you like my name).#MerryChristmas

What do you think about Macaulay Culkin’s new name? Let us know @BritandCo!