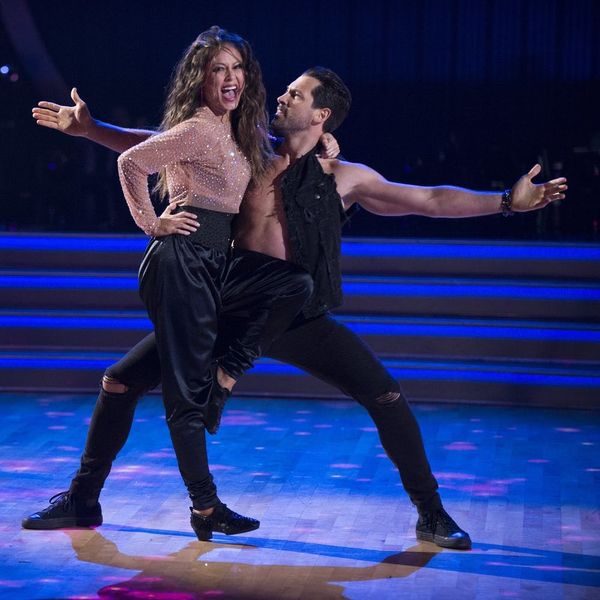 Maksim Chmerkovskiy and Vanessa Lachey have been one of the top-scoring couples on season 25 of Dancing With the Stars, but outside the ballroom, their partnership has had some ups and downs. After Chmerkovskiy missed this week’s episode due to “personal issues,” some reports claimed that he and Lachey had been clashing offscreen, and that Chmerkovskiy’s absence was related to growing tension between them. Now, both stars have spoken out about the situation.

Chmerkovskiy took to Twitter on Wednesday to apologize to Lachey for missing their dance, and to let fans know that he’s excited to move forward with her. “As you are all aware, I had to leave the show last week to take care of some personal issues. I take full responsibility for my absence…” he wrote, “…and want to apologize to my partner Vanessa. We are both looking forward to dancing for our fans next week!”

As you are all aware, I had to leave the show last week to take care of some personal issues. I take full responsibility for my absence….

…. and want to apologize to my partner Vanessa. We are both looking forward to dancing for our fans next week!

Lachey, for her part, cleared the air over what has been going on during rehearsals, where tensions often run high. Speaking to Us Weekly, she said, “I just know that when I’m on set, he’s my coach and I’m the student, so I listen a lot more and I don’t speak up as much because this is a field I don’t know.”

She also had high praise for her partner and choreographer, telling the mag, “He’s trained me and taught me so many amazing, wonderful new things, just like any trainer would or teacher would.”

As for competing against her husband, 98 Degrees boy bander Nick Lachey, the former MTV VJ said that their on-screen competition has done wonders for their home life. “We’ve been together for 11 years now, so through this we’re supporting each other, and it’s fun to come home to somebody who understands what you’re going through,” she told Us Weekly.

And there’s another perk too. The mom of three hopes that all the moves they’re learning from their professional partners will come in handy down the line: She wants to be able to embarrass their kids at “every single school function” in the future.

Did your parents ever embarrass you with dance moves? Tell us @BritandCo!

Kat Armstrong
Kat has been a writer, social media maven and mom for longer than she's willing to admit. She's also spent time in front of and behind the camera, interviewing celebs, politicians and acting as a producer for fashion and artistic photography shoots. When she isn't writing for various orgs and publications, she's hanging with her kids, husband and French Bulldog, Peter, in Toronto, Canada.
Fall TV
TV
Fall TV TV
More From TV