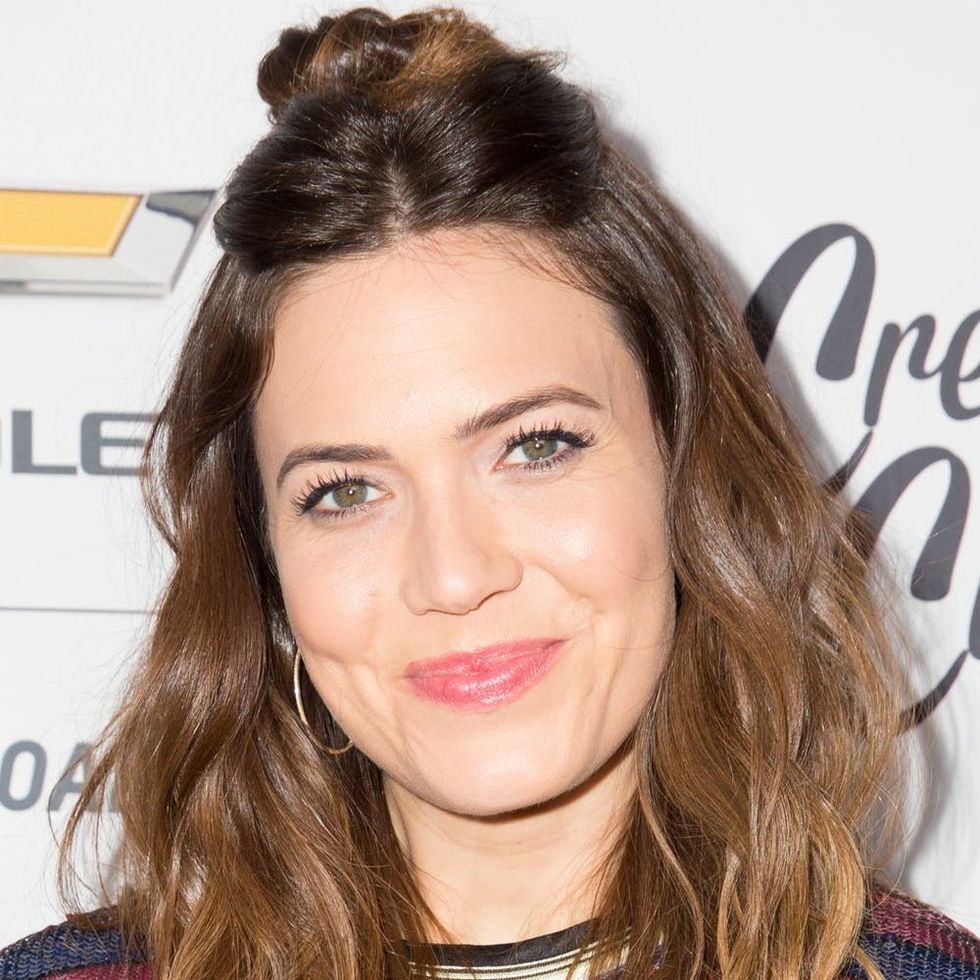 Lauren Conrad’s not the only one doing a little pre-spring cleaning! This Is Us star Mandy Moore, who recently moved into her home with fiancé Taylor Goldsmithafter a year of remodels, is also making sure her space stays neat and clutter free in 2018 — at least where her pantry is concerned.

The 47 Meters Down actress showed of her transformed cupboard by The Home Edit (the same team behind Conrad’s recent renovations), saying, “#FBF to just last week when my @thehomedit pals made dreams come true by transforming my pantry into this masterpiece.”

#fbf to just last week when my @thehomeedit pals made dreams come true by transforming my pantry into this masterpiece. Granted we JUST moved in so it wasn’t a disaster but Clea and Joanna helped us establish order that will be super easy to maintain as we inevitably fill these shelves over time. Thanks again for giving us the glorious gift of organization!! We 💗 you!!

Everything, from her spices, which now sit neatly on mini round wooden discs, to her paper towels, which have neatly organized into an eye-pleasing mountain on the bottom, are in impeccable order, with a place for everything and everything in its place.

The company also gave us a peek at the moment Moore got her first glimpse at the space, and from the looks of things, she was absolutely floored (literally: She falls on the floor in mock shock).

While the 33-year-old concedes the closet wasn’t AS bad as it could have been prior to the makeover, given the fact that she just moved in, she *did* say it would be far easier to keep up with now that it’s all straightened out. “Clea and Joanna helped us establish order that will be super easy to maintain as we inevitably fill these shelves over time,” she wrote.

Honestly, if our pantry looked that gorge (so many paper towels!), we’d be falling over in delight, too.

What do you think of Mandy’s new digs? Share over @BritandCo.

From Your Site Articles
Nicole Briese
Nicole is the weekend editor for Brit + Co who loves bringing you all the latest buzz. When she's not busy typing away into the wee hours, you can usually find her canoodling with her fur babies, rooting around in a bookstore, or rocking out at a concert of some sort (Guns N' Roses forever!). Check out all her latest musings and past work at nicolebjean.com.
Celebrities
Home News
CelebritiesHome DecorOrganization