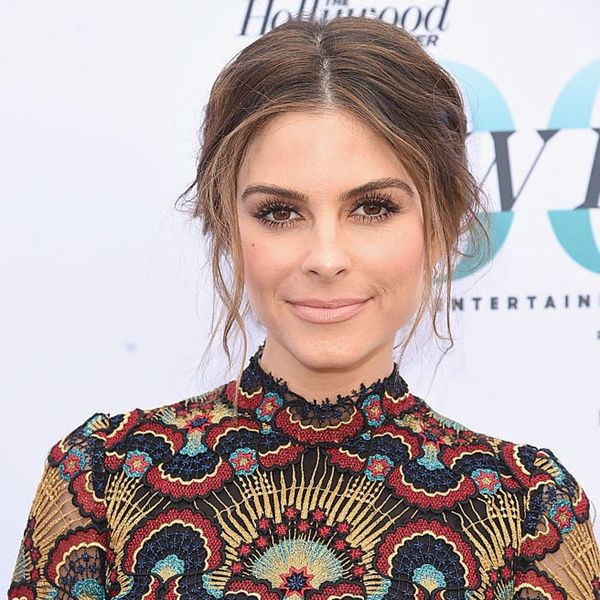 Maria Menounos has been a beacon of inspiration for fans since revealing that she had surgery to remove a brain tumor on her birthday this past June, even quoting Rocky as she was being wheeled to the recovery room. Now the former E! News host is opening up even more about her experience in an emotional new interview that you definitely need to see.

“I think that this was a gift, because I needed to change my life,” Menounos told NBC’s Megyn Kelly in her first full interview since revealing her diagnosis. While that sentiment might seem somewhat unexpected, she added, “I needed to change the way I did everything.”

She also revealed that although she started experiencing lightheadedness, headaches, and slurred speech in February, it wasn’t until she was describing her problems to her doctor that she realized her symptoms mirrored her mother’s struggles with stage-four brain cancer.

After some tests, Menounos’ doctor confirmed that she did indeed have a tumor, and that they needed to operate immediately. The 39-year-old had an unexpected reaction. “I started kind of chuckling,” she told Kelly. “Because at that point it’s like: ‘This is a joke. Like, how does this happen?’”

She breaks down when talking about her mother. “I just hope that we can make her one of the long-term survivors,” she said, tearing up. “Because I’m worried about her. Nobody ever wants to lose their mom.”

WATCH: “I think that this was a gift because I needed to change my life.” @mariamenounos opens up about brain tumor surgery to @megynkelly pic.twitter.com/JrIHIRoxNy

While Menounos’ operation successfully removed 99.9 percent of the benign tumor, and the popular TV personality is now recovering, her mother still has a tough battle ahead of her. But if she’s as strong as her daughter, we have no doubt that she’ll continue to put up one heck of a fight, with her loving family beside her every step of the way.

How have you found strength and support through difficult times? Talk to us @BritandCo.