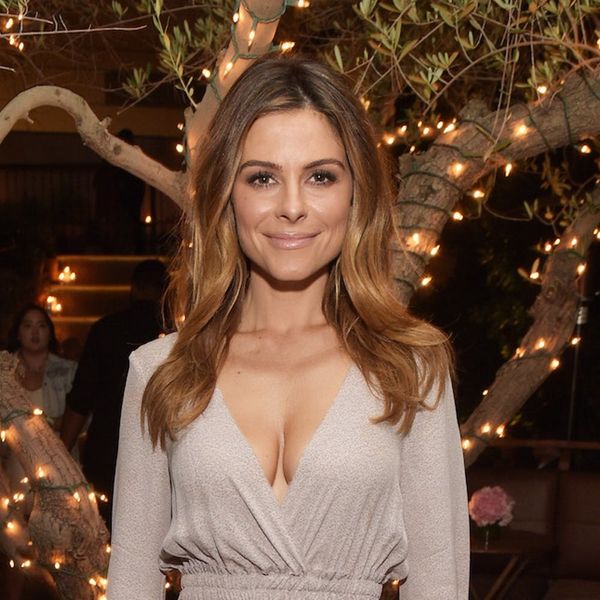 Maria Menounos reveals she successfully underwent brain tumor treatment and Kanye West might be leaving JAY-Z’s streaming service in this morning’s top news stories. Check out those and more below in the Monday Morning Buzz.

1. Maria Menounos revealed she was diagnosed with a brain tumor — at the same time her mom was being treated for brain cancer. The TV and radio host told People that, as she was taking care of her mother during treatment for stage-four brain cancer, she herself started experiencing lightheadedness, headaches, and speech slurring. An MRI revealed a golf-ball-sized tumor, and on June 8, she had it removed. The tumor was benign, and while she still doesn’t have her full balance or sensations back yet, she is at home recovering. Menounos and E! also revealed that she will be stepping down from E! News after three years with the network. “Our thoughts and support go out to Maria and her family and we wish them all the best knowing that Maria will tackle this with the same fierce dedication she is known for,” Adam Stotsky, President of E! Entertainment, said in a statement. We wish her all the best! (h/t People + E!; photo via Jason Kempin/Getty)

2. Katy Perry and Niall Horan’s flirting just took things up a notch. After Perry claimed that Horan was always trying to flirt with her and he clapped back by calling her mean and saying he just wanted to be friends, the two made nice backstage at The Voice Australia. Perry posted a short Instagram video of herself saying, “Hi. Again,” to Horan, who smiled and replied, “Hello again, nice to see you.” Perry responded by jokingly accusing him of following her, and his “Yeah, everywhere” response is too good. The best part, though? She called him a “stage-five clinger” in a caption over the video. Okay, maybe we ship this.

3. Kanye West is reportedly trying to split from JAY-Z’s Tidal streaming service. West allegedly thinks he’s still owed at least $3 million following The Life of Pablo‘s exclusive streaming period on Tidal over a year ago, according to TMZ. Tidal reportedly says, however, that some of West’s contractually obligated videos are still outstanding. (h/t TMZ, Jason Merritt/Getty)

I got invited to the wedding and I didn't even want to go. #Honeymoon

4. John Stamos had the perfect reaction to the Drake & Josh drama. When Josh Peck recently got married, former Drake & Josh costar Drake Bell was upset that he didn’t get invited, sending (and deleting) a series of tweets stating that ties between the two were officially cut. Peck’s Grandfathered costar John Stamos was at the wedding, however, and seemingly weighed in to try to lighten the mood a little. “I got invited to the wedding and I didn’t even want to go,” Stamos captioned a pic of himself and Peck. Classic Stamos.

5. Blac Chyna celebrated her happy single life over the weekend — momentarily, anyway. The on-again, off-again nature of Blac Chyna and Rob Kardashian’s relationship means we’re never really quite sure where they stand at any given time, but over the weekend, she gave a clear indication that they were indeed over. Or did she? On Sunday she posted a graphic that said, “Single. I’m happy,” as she also posted Instagram Story videos featuring her and her kids enjoying time together poolside. But the post was quickly deleted, for reasons unknown. The “happy” part of that post is of course the most important, so we hope that stands regardless. (h/t E!)

6. Quote of the day: “Every song has to get past her ears, in my eyes.” JAY-Z’s producer No I.D. reveals just how important Bey’s approval is for Jay’s music, including his new album 4:44.

Do you have someone whose opinion you get on everything? Let us know @BritandCo!