Mariah Carey Bowled in High Heels, Because of Course She Did 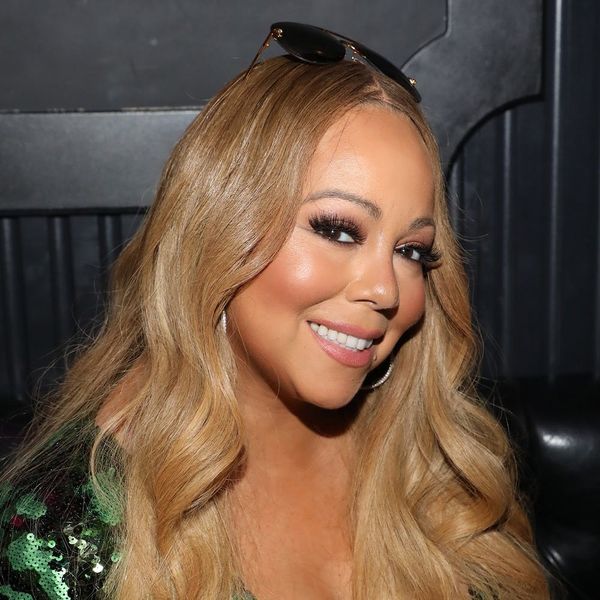 There are few songbirds who live up to their diva reps like Mariah Carey. Carey does what she wants, when she wants — a fact ex-husband Nick Cannon recently confirmed when he spilled the tea on her biggest high-maintenance moment of all (she made him play her hit “Fantasy” in their delivery room while their twins were being born).

She gave us all another reminder that she’s no plebe this week when the mother of two went bowling wearing… well, not bowling shoes.

For a recent family outing with “’dem babies,” Carey opted for a pair of five-inch peep-toe heels, because of course she did. We’re not even sure how the bowling alley allowed it, since those clownish shoes are usually mandatory for safety reasons, but leave it to the elusive chanteuse to skirt the rules.

Carey also posted a pic with her two younguns, captioning it, “Having fun with #DemBabiesin New York City!!!” and hashtagging it #DontBreakYourNailsWhileBowling. But even if she had cracked a nail, we’re confident Mimi has a manicurist on speed dial who makes house calls ;)

What’s the weirdest place you’ve ever worn stilettos? Tells us over @BritandCo.

Nicole Briese
Nicole is the weekend editor for Brit + Co who loves bringing you all the latest buzz. When she's not busy typing away into the wee hours, you can usually find her canoodling with her fur babies, rooting around in a bookstore, or rocking out at a concert of some sort (Guns N' Roses forever!). Check out all her latest musings and past work at nicolebjean.com.
Celebrity Style
Celeb Style
Celebrity Style Heels Shoes
More From Celeb Style