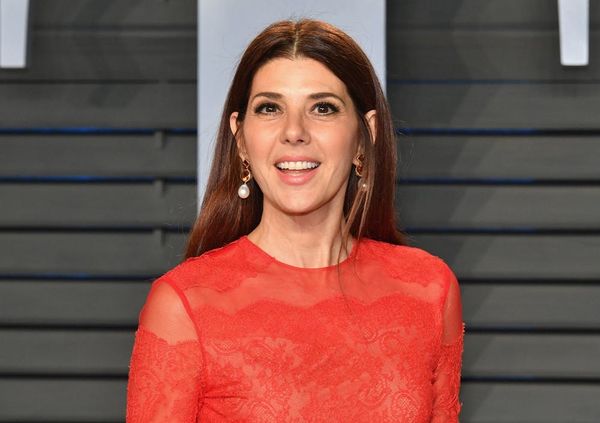 Ancestry DNA tests are becoming increasingly popular, and it’s not just regular people doing them at home and discovering unknown parts of their family history: Actresses and longtime friends Marisa Tomei and Julianne Moore recently discovered through DNA testing that they’re genetic cousins — and they couldn’t be more excited about it.

On a recent episode of the PBS genealogy show Finding Your Roots, Tomei was told that Moore is indeed a relative of hers. “Julianne? Julianne! Julie?” Tomei exclaimed excitedly to host Henry Louis Gates. “You know we went to school together? Jules! Oh, I can’t wait to tell her!”

The show then explained that Tomei shares “an identical stretch of DNA along [her] X chromosome” that makes her a genetic match with her Crazy, Stupid, Love costar. “What an incredible gift to find out about my family’s roots,” Tomei posted on Instagram. “Eternally grateful for this generation and generations to come… and the big surprise — discovering my friend is my REAL cousin!”

What an incredible gift to find out about my family’s roots with @HenryLouisGates! Eternally grateful for this generation and generations to come.... and the big surprise — discovering my friend is my REAL cousin! Hey cuz @juliannemoore!!!! Love

Moore was thrilled about the news, too, and wrote on Instagram that she had a feeling their kinship went deeper than it seemed. “I KNEW WE WERE ALIKE! @marisatomei is my COUSIN!!” she captioned the clip from the show in which Tomei finds out the news. “OMG I’m so excited, thank you @henrylouisgates for letting us know we have identical segments of DNA.”

Along with revealing the genetic tie between the actresses, Finding Your Roots also pointed out just how unlikely the connection was.

“Ironically, Julianne has no Italian ancestors that we know of,” a voiceover said. “And every ancestor we could name on Marisa’s tree has roots in Italy. A powerful demonstration of how DNA can bridge the divide that appears to exist between people of diverse origins.”

Have you done an at-home DNA test? Let us know @BritandCo!