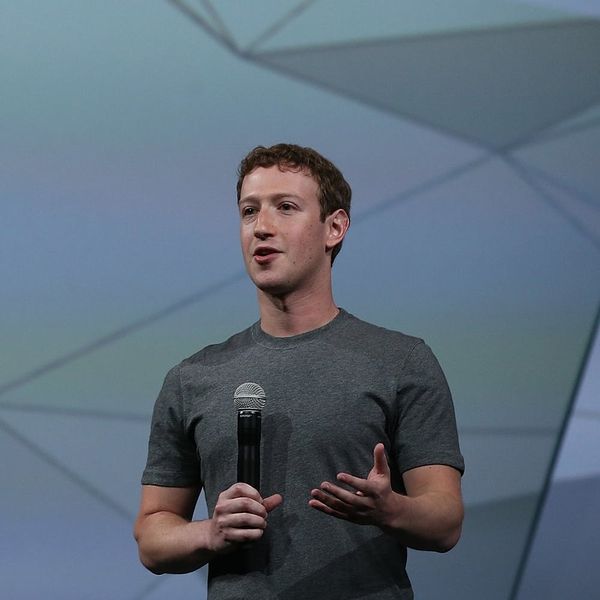 After fangirling hard over Emma Watson’s spontaneous book treasure hunt on the London Underground, we’ve taken it upon ourselves to get back into reading on the reg. But we aren’t the only ones reliving our bibliophile roots: Last year, Facebook CEO Mark Zuckerberg committed to reading one book every two weeks, fondly calling it his Year of Books. His cultural and techie picks are thought-provoking and inspiring, and touch on current issues. Here are 13 books on his list that we can’t wait to read… and impress our co-workers with.

1. The End of Power by Moises Naim ($10): Exploring shifting power relations on a massive scale, once Mark Zuckerberg revealed this non-fiction as his first book club pick, the title immediately sold out on Amazon. “The trend towards giving people more power is one I believe in deeply,” Mark wrote about the book in a corresponding Facebook post. (And yes, it’s now fully stocked and ready to ship with Prime.)

2. The Better Angels of Our Nature by Steven Pinker ($14): Even though violence is a steadfast theme in the media, statistics say that crime has actually steadily decreased throughout the years. “Recent events might make it seem like violence and terrorism are more common than ever, so it’s worth understanding that all violence — even terrorism — is actually decreasing over time,” says Mark. “If we understand how we are achieving this, we can continue our path towards peace.”

4. On Immunity by Eula Biss ($12): There’s no question that Mark Zuckerberg is pro-vaccination (he even posted a Facebook pic of his daughter’s first routine shots). “Vaccination is an important and timely topic,” he writes on a Facebook check-in. “This book explores the reasons why some people question vaccines and then logically explains why the doubts are unfounded and vaccines are in fact effective and safe.”

5. Creativity, Inc. by Ed Catmull and Amy Wallace ($16): Written by the founder of Pixar, this business-savvy book is all about inspiring creativity in the workplace (with a little bit of Pixar trivia thrown in for the fandom).

6. Dealing With China by Henry M. Paulson, Jr. ($11): If we had to define the US and China’s relationship on Facebook, we would say… “It’s complicated.” “This book is about Paulson’s experience working with Chinese leaders over two decades as US Secretary of the Treasury and as head of Goldman Sachs,” Mark writes in a Facebook post.

7. Orwell’s Revenge: The 1984 Palimpsest by Peter Huber ($14): Most people have read (or skimmed) Orwell’s most famous work at least once in their lives. “Orwell’s Revenge is an alternate version of 1984,” writes Mark. “After seeing how history has actually played out, Huber’s fiction describes how tools like the internet benefit people and change society for the better.” Sounds like just the book for the Facebook CEO!

9. Sapiens by Yuval Noah Harari ($22): From Barack Obama to Bill Gates to Mark Z himself, this book topped many to-read lists when it came out. An in-depth look at what it means to be human from both a biological and historical perspective, it’s a hard-hitting read that’s definitely worth the investment.

10. The Player of Games by Iain M. Banks ($9): Breaking pace from a slew of non-fiction books, Mark Zuckerberg squeezed a cheeky sci-fi on his to-read list. Featuring an advanced civilization full of tech innovations, it’s a great choice for a cozy November night in.

11. Portfolios of the Poor by Daryl Collins, Jonathan Morduch, Stuart Rutherford and Orlanda Ruthven ($22): “It’s mind-blowing that almost half the world — almost three billion people — live on $2.50 a day or less,” says Mark. In this telling book, multiple authors try to systematically explain how the poor survives their everyday financial problems.

12. The Three-Body Problem by Cixin Liu ($10): Another sci-fi book that Mark chose for his Year of Books, this one’s actually so popular that there’s a Chinese feature film being made that’s based on the novel. There are aliens, political upheaval… and, yes, there’s a whole lot of drama. Prepare for a great Saturday night.

13. The Idea Factory by Jon Gertner ($12): “I’m very interested in what causes innovation,” says Mark Zuckerberg in a Facebook post. Taking a look at Bell Labs, the research and development wing of AT&T, this non-fiction creates a history of technological innovation that’ll make you want to go on Shark Tank.

Have you read any of these books on Mark Zuckerberg’s reading list? Tweet us by mentioning @BritandCo!