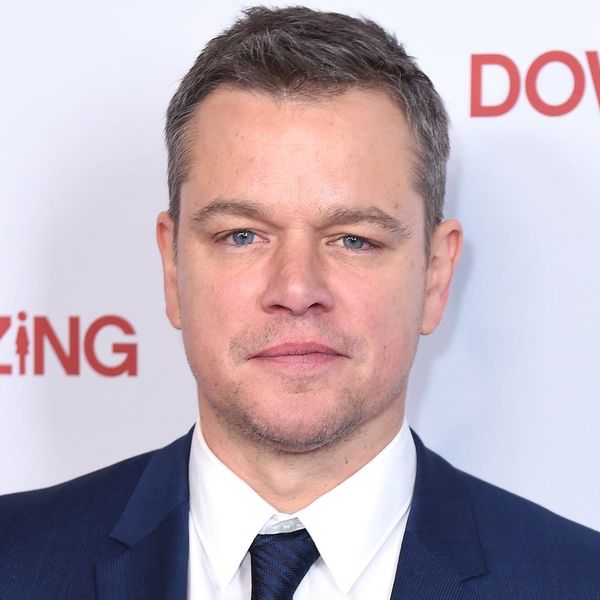 Matt Damon needs all the good thoughts you have to spare. His father, Kent, has been battling a blood cancer called multiple myeloma for six years now, and in a recent interview, the Downsizing actor asked fans to send some healing vibes their way.

“It’s been a slow unfolding. My dad’s sick, so that’s a process we’re going through,” Damon told Extra. “We’ll take any prayers you got, so throw ’em up there.”

In late October, Damon was honored with the Stanley Kubrick Award for Excellence in Film at the 2017 Britannia Awards in England, but he was unable to attend due to a family emergency back home in Boston, Massachusetts.

Kent, 74, was revealed to be battling the disease in 2011. At the time, Damon and his dad were taking part in a benefit for the Massachusetts General Hospital, where his father received treatment, and the actor told Boston’s WCVB that his father would “fight [the cancer] to a standstill.” The actor has continued to host star-studded fundraising events for the hospital ever since.

According to the Mayo Clinic, multiple myeloma infects the blood plasma in bone marrow, eventually “crowding out” healthy blood cells. While it is treatable, it is currently incurable.

Damon, himself a father of four, previously told WCVB that his father’s diagnosis was a shock. “We’ve lost some close personal friends to cancer in recent years, but I never thought it would happen to my dad, the marathon runner,” he said. “It sucked.” Our thoughts are with the Damon family.