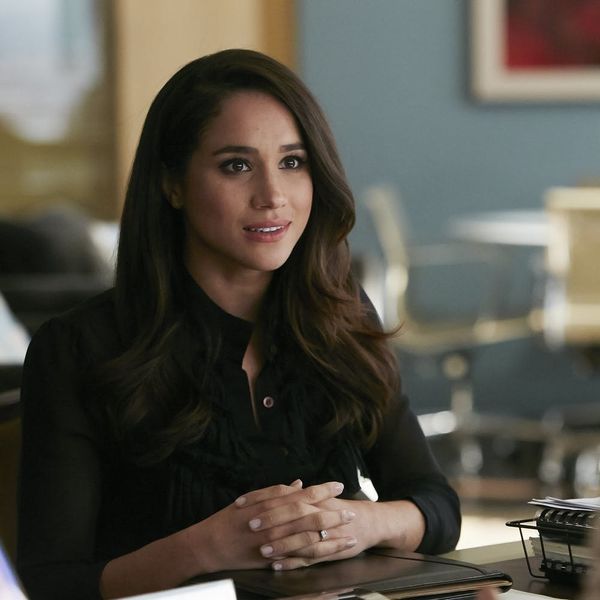 Even before Meghan Markle and Prince Harry’s engagement was officially announced on Monday, it had been rumored that Markle would not be returning to USA Network’s legal drama, Suits. Now the show has confirmed the news, saying that season 7 will be her last.

“Suits fans have long admired Markle’s character Rachel Zane for her tenacity and integrity, rising in the ranks at Pearson Specter Litt from a promising paralegal to a full-fledged lawyer who was part of Harvey’s core team,” the network shared in a statement. “Through the toughest of times — whether professional or personal — Rachel has proven to Suitors around the world that it’s always worth it to fight for what you believe in and never lose faith in yourself.”

The network — as well as the show’s creator Aaron Korsh — went on to send their heartfelt congratulations to the actress and her new fiancé: “Meghan has been a member of our family for seven years and it has been a joy to work with her. We want to thank her for her undeniable passion and dedication to Suits, and we wish her the very best.”

In her first joint interview with Prince Harry, Markle said that while she was proud of her acting accomplishments, she was also excited to start a new chapter and further her humanitarian work in her new role in the royal family.

“I think what’s been really exciting, as we talk about the transition out of my career and into my role, is the causes that are really important to me that I can focus even more energy on,” she said. “Very early out of the gate, I think you realize you have access or a voice that people are willing to listen to, and with that comes a lot of responsibility, which I take seriously.”

Suits, currently in a midseason hiatus, could very well feature a TV wedding for Markle and her on-screen partner Mike (played by Patrick J. Adams), too. Korsh told Deadline that a wedding between the two would happen in the last six episodes. Suits returns for the second half of season 7 in 2018.

Will you be watching Meghan Markle’s last season of Suits? Let us know @BritandCo!