Prince Harry Reveals When He Knew Meghan Markle Was the One 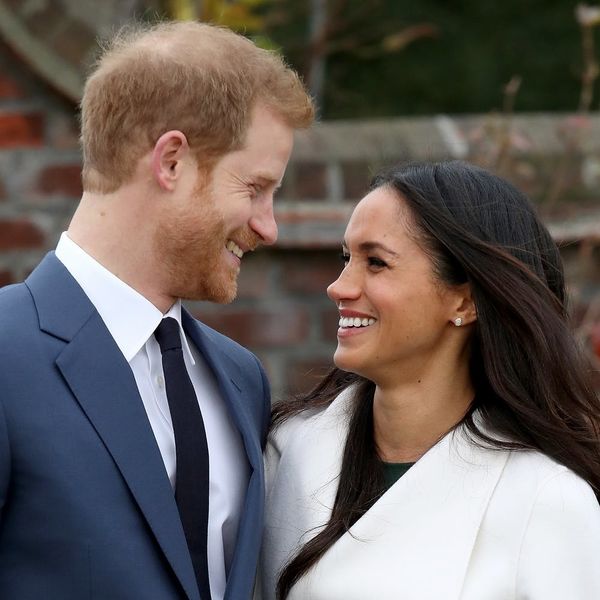 The world let out a collective “aww” this morning when Clarence House announced that Prince Harry and Meghan Markle had gotten engaged. Not long after, they emerged for an official photo op, during which the prince revealed when he knew that the Suits actress was The One.

Stepping out together for their first appearance since the big announcement, the couple looked giddy to finally share their news as they stood hand-in-hand in Kensington Palace’s Sunken Garden. As the press peppered them with questions, one reporter asked, “Harry, when did you know that she was The One?” Without any hesitation, he answered, “The very first time we met.”

Prince Harry​: I knew Meghan Markle​ was 'the one' the very first time we met pic.twitter.com/JvLHWTGXxQ

The couple didn’t share any proposal details — Harry said “that will come later” — but Markle said it was “very” romantic and that she is “so happy.”

Introduced by mutual friends in London last year, the two quietly dated for about six months before news of their relationship hit the press. Since then, all eyes have been on them as the world waited for an official engagement.

Now that it has finally happened, we can’t wait to see more from the couple as they prep for their big day. We don’t know the exact date of their wedding quite yet, but Clarence House confirmed that the surely lavish ceremony will take place next spring.

Incidentally, that’s around the same time that a new royal baby is expected to arrive, which means 2018 is going to be a busy time for royal watchers. And we’re thrilled!

When did you know that your significant other was “the one”? Let us know @BritandCo!