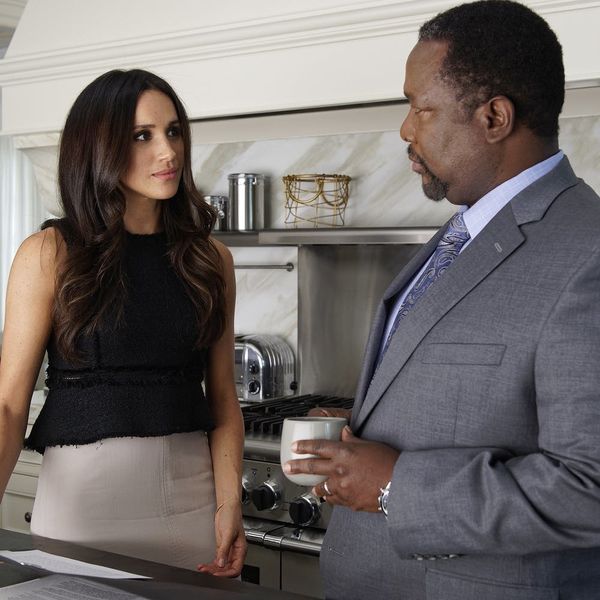 Even before Prince Harry and Meghan Markle announced their engagement in November, the couple had started taking their romance public. But they still tried to protect their privacy — Markle reportedly even had a secret way of talking about Harry on the set of her TV show Suits.

“She met this nice guy and we always talked about him in code, really,” Pierce told Harry Connick Jr. on an episode of his talk show Harry. “You know, ‘How you doing?’ ‘Oh, I’m going to London, coming from London,’ whatever.”

Pierce, who adorably tweeted his “TV father blessings” to Harry upon news of their engagement, also revealed the sweet parting words the two shared on Markle’s last days on set. “It was just she and I in the room and I said, ‘I know your life is going to change but always know, no matter where you are, I will always be your loving fake father,” he recalled to Connick Jr.

USA Network officially announced just days after the news of the engagement that Markle would indeed be leaving her role as Rachel Zane on the legal drama. She and costar Patrick J. Adams, will appear in their final episode on Wednesday, April 25, in a two-hour send-off.

Have you ever had to use code words for anything? Let us know @BritandCo!