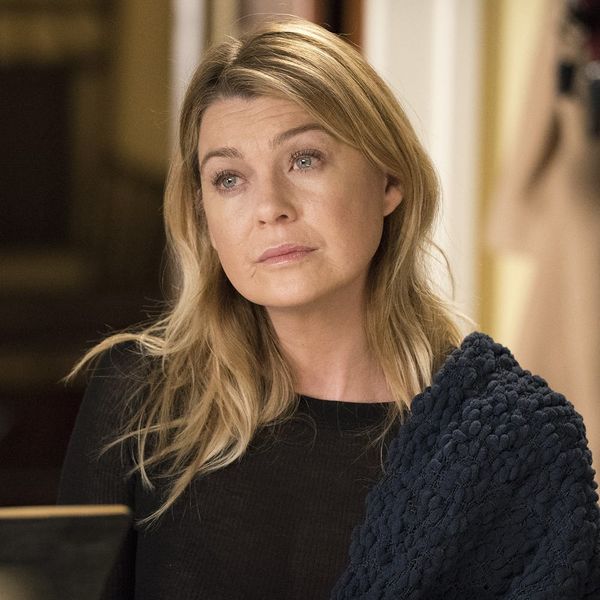 Grey’s Anatomy‘s titular leading lady, Meredith Grey (Ellen Pompeo), has been single since the departure of Nathan Riggs (Martin Henderson). And while she certainly doesn’t need a man — she is, after all, a Harper Avery Award-winning surgeon who successfully juggles a career, friends, and single motherhood — series showrunner Krista Vernoff told TVLine that she will indeed find love again in season 15.

Buzz around Dr. Grey’s love life sparked Tuesday, August 7, when ABC president Channing Dungey told TVLine the character would remain single for the time being. “Meredith [is going to] have a new trajectory that is more focused on who she is as a single mother and surgeon,” Dungey said. “Ellen has spoken very loudly about how she doesn’t want all of Meredith’s adventures to be romantic ones.”

One day later, though, Vernoff added an asterisk to Dungey’s claim, saying, “Channing was keeping it mellow and trying to avoid spoilers because Shondaland is secrecy land. But as the showrunner, I can confirm for you that Meredith Grey is very much a part of our Season of Love.”

Vernoff noted that Meredith’s kids and “game-changing medical ideas” would be a big part of her story, but that the writers wanted to pick up the thread they started last season when Scott Speedman guest-starred as Dr. Nick Marsh, whose brief stint as Meredith’s patient “awoke a desire in her that she can’t put back to sleep.”

“The question this season,” Vernoff told TVLine, “is not ‘Will Meredith Grey find love again,’ but ‘With whom will she find love?'”

Unfortunately for fans, it probably won’t be with Speedman’s Nick Marsh. Vernoff said that character was “designed as a one-episode guest star.”

Grey’s Anatomy season 15 will premiere on Thursday, September 27, at 8/7c on ABC.

What do you hope to see in Meredith’s future? Let us know @BritandCo!