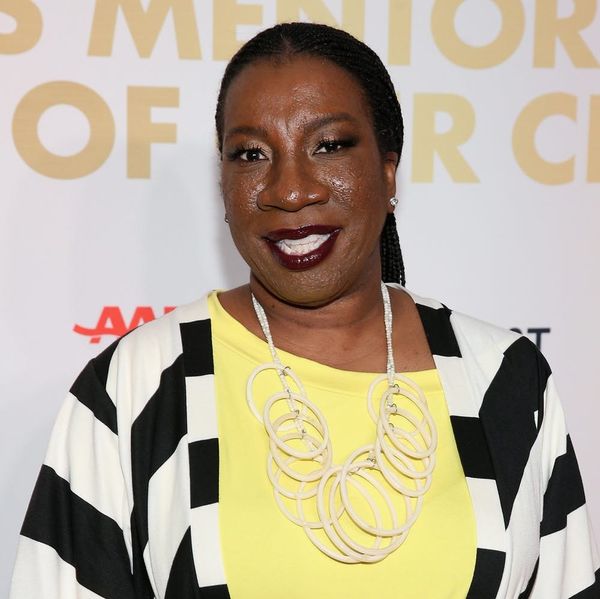 The founder of the #MeToo movement is writing a memoir.No, it’s isn’t Alyssa Milano, who last October asked the women of the world to post the hashtag #MeToo along with their personal experiences of sexual misconduct. It’s social justice legend Tarana Burke, who launched the Me Too movement more than a decade ago to bring awareness to sexual violence, particularly in Black communities.

Burke has been thrust into the limelight in recent months by Hollywood’s adoption of her powerful term. She’s appeared on the cover of Time, on the Today show, and kicked off the NYE ball drop in Times Square. She even attended the Golden Globes. Now, it’s been announced, she’s going to tell her story in print.

The memoir will be titled Where the Light Enters, the Associated Press reports, and is scheduled for release in early 2019. It’s being published by an imprint of Simon and Schuster called 37 Ink, and will be co-written by award-winning author and journalist asha bandele.

In a statement to the AP, Burke said the book would detail her own journey “from victim to survivor to thriver.”

“The book will also help readers understand the often overlooked historical connections of the role sexual violence plays in communities of color, specifically Black communities, even today, while exploring ways the same communities have been both complicit and resilient,” Burke said. “More than anything, this memoir will provide survivors across the spectrum of sexual abuse a roadmap for healing that helps them understand that the Me Too movement is more about triumph than trauma and that our wounds, though they may never fully heal, can also be the key to our survival.”

Burke has become a powerful, if somewhat reluctant, face for the “Me Too” movement. When Michelle Williams asked her to attend the Golden Globes, Burke’s response was, “Why? I’m trying very hard not to be the Black woman who is trotted out when you all need to validate your work.” In the end, she did attend, and has become an eloquent voice of experience in the midst of an uprising populated, at least in some part, by women who are discovering activism for the first time.

Burke has been at it for more than 20 years, creating programs for the victims of sexual violence that many of us are paying serious attention to only now. If anyone deserves to have their story heard at this moment in history, it’s her.

Will you be reading Burke’s memoir? Tell us @britandco!

Lia Grainger
Lia Grainger is a freelance journalist and reluctant nomad who divides her time between Canada and Spain, weather dependent. She's written for The Atlantic, Reader's Digest, the Toronto Star and other print and online publications, and her work appears in dozens of languages around the world.
Feminism
Current Events
Feminism