Inspired? Here’s How to Make 2018 YOUR Year of Activism 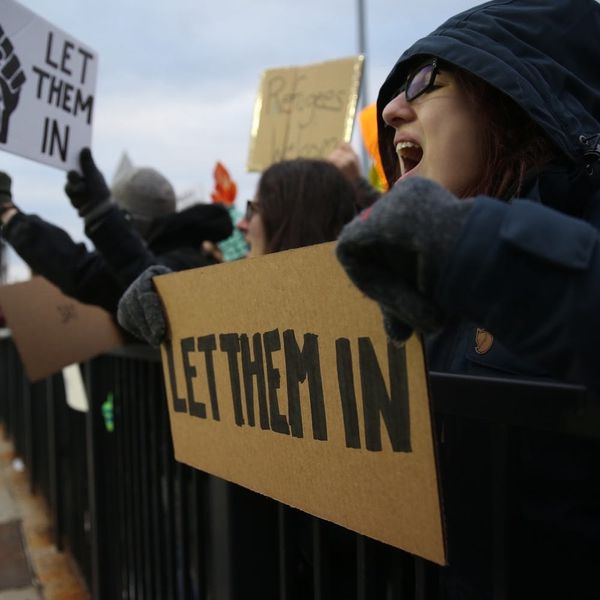 It’s inspiring to read about the people who made an impact this year, and it makes you want to get involved and change something too… but what if you’re not sure where to start?

Watching women like Rose McGowan and Salma Hayek unmask Harvey Weinstein and other powerful Hollywood men, seeing America Ferrera stand up for immigrants in the face of political injustice, and cheering for California’s Kamala Harris (the only Black woman in the Senate) as she stood her ground in the face of sexist criticism from the Trump camp is awesome, but the progress they’ve achieved can seem unreachable or just intimidating to even attempt.

The thing to remember is that everybody starts somewhere, and that somewhere is usually small — Alyssa Milano probably had no idea that adopting the #MeToo hashtag from activist Tarana Burke would explode into the massive movement it became. If you’re not sure how to move forward from hashtags to IRL activism, begin with baby steps.

Is that $25 check from Grandma burning a hole in your wallet? Why not pick an organization that really means something to you (baby goat rescue? Women’s education? Planned Parenthood?) and send them the cash. Go one step further and post about it on Facebook after; it’s not humblebragging when you’re sharing the credit with Nana.

Post-holidays, your bank account may be looking a bit anemic, but you can still offer up your time and skills. Nonprofit and volunteer-run organizations always need an extra helping hand with the basics. Can you open mail, answer a phone, or walk a dog? You’re in.

But it’s also possible that you’ve got a specialized skill that those organizations would kill to have at their disposal. Do you make art? Donate a piece for their next fundraiser. Do you work in PR? Offer to promote their charity pro bono. Are you a lawyer? Call me. Maybe you’ve just got a ton of Instagram followers and you can use your social media sway to rally your network of friends around a cause or event.

A lot of activists were inspired to speak out because of something that was happening in their own lives. Following the wave of anti-Muslim attitudes that surfaced during the 2016 election, photography student Alia Youssef began documenting the lives of the Muslim women she knew as evidence that the stereotypes in the media weren’t at all accurate. When Elyse Fox struggled to find support for her own mental health issues, she built her own through her Sad Girls Club project. And there’s a surge of body positive activists using Instagram to spread the message of inclusivity and representation in the media.

What we’re saying is: There are so many big and small ways to make your voice heard. It’s all about taking that first step.

How do you plan on making a difference in 2018? Tell us about it on Twitter.

Corrina Allen
Corrina Allen is a film + television + travel writer from Toronto. Her journalistic goals include a backstage interview with David Byrne, the fictional character she identifies most closely with is John Wick, and her favorite dead person is Vladimir Nabokov. She never, ever Instagrams photos of her food (just her dog).
Activism
Empowerment
Activism Empowering Girls Politics