Twitter’s Most Dramatic Reactions to Michael Kors’ Purchase of Versace 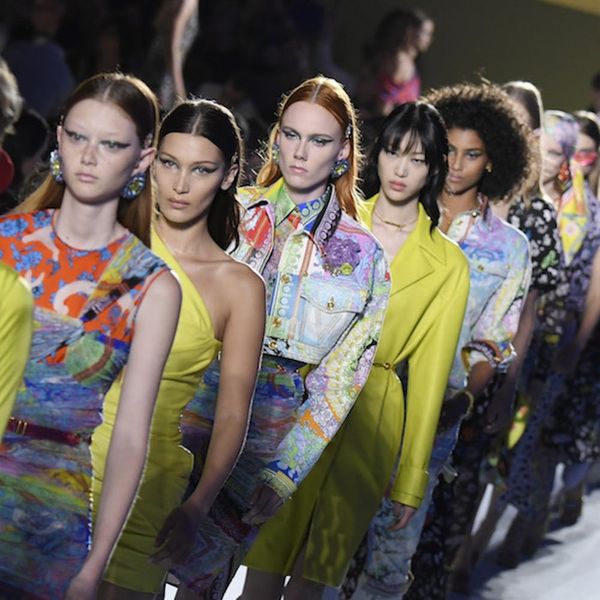 In a move that many industry insiders anticipated but many fashion-loving civilians were stunned by, Michael Kors announced the company is buying iconic Italian label Versace for a cool $2.12 billion. If you listen closely, you can almost hear the gasps coming from around the globe.

Michael Kors Holdings will now be known as Capri Holdings, a name that is meant to reflect its growing empire of brands that also include Jimmy Choo. According to John Idol, chairman and CEO of Kors, “The acquisition of Versace is an important milestone for our group. Versace was founded in 1978. For over 40 years, Versace has represented the epitome of Italian fashion luxury, a testament to the brand’s timeless heritage … With the full resources of our group, we believe that Versace will grow to over $2.0 billion in revenues.”

As for Versace’s matriarch, Donatella Versace, who (and you know if you watched The Assassination of Gianni Versace: American Crime Story) has been firmly committed to keeping her brother’s brand in the family. Well, she is apparently finally ready to let go, to a degree. “It has been more than 20 years since I took over the company along with my brother Santo and daughter Allegra,” she said. “I am proud that Versace remains very strong in both fashion and modern culture. Versace is not only synonymous with its iconic and unmistakable style, but with being inclusive and embracing of diversity, as well as empowering people to express themselves. Santo, Allegra and I recognize that this next step will allow Versace to reach its full potential.”

The Versace-loving public remains divided in the wake of this news. Some were bemused.

Some were shocked, to say the least.

Am i awake or what

Others were indignant on the Versace family’s behalf.

My new long term goal is to become so rich, I can buy Versace from Michael Kors and save the world

Worst-case scenario about this: Versace is being sold at Marshall’s for discount prices 💀 just like Michael Kors pieces. pic.twitter.com/q15zKrHUPn

Donatella after she sees the first collection Michael Kors makes for Versace pic.twitter.com/EEzRUS9WRw

Some were just downright outraged.

when I read Michael Kors plans to close the deal buying Versace this week pic.twitter.com/qc1JgzUgyD

What the future holds for Versace in terms of the design aesthetic and the brand direction remains to be seen. We’re inclined to let it all play out and give the Kors conglomerate a chance, but we totally get where the die-hard crowd is coming from. Change is hard. But we’re all gonna be just fine. After all, as they say in Italy, “Que sera, sera.”