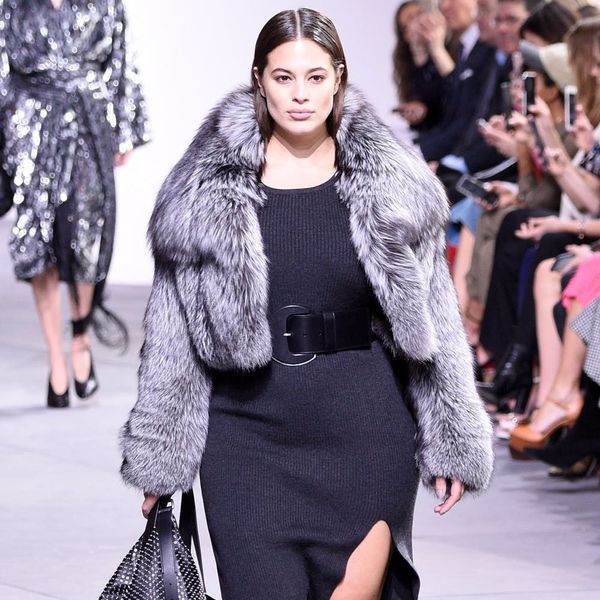 Slowly but surely, the fashion industry is becoming more and more animal-friendly! Back in October, Gucci announced that it was going fur-free, for instance, and Kat Von D is hard at work on a new line of vegan shoes that’s substituting leather with some surprising alternative materials. Two more giants in the industry are now joining the fight against cruelty, with Michael Kors and Jimmy Choo announcing that they will no longer use animal fur going forward.

According to Women’s Wear Daily, it’s been a long time coming: Michael Kors Holdings Ltd., (the parent company that owns luxury brands Michael Kors and Jimmy Choo), has reportedly been “in discussions” with The Humane Society of the United States for 10 years. After initially eliminating the use of raccoon fur in their products, the brands are now going all in.

It’s a likely relief to the animal rights groups, including People for the Ethical Treatment of Animals (PETA), that have been fighting for the change for years.

Say hello to your new fluffy friend, the CARA clutch - just the thing for adding a playful twist to your wardrobe this season. Discover the #AW17 collection via the link in the bio. . . . #style #fashion #JimmyChoo #instafashion #streetstyle

Kors chief executive officer John Idol told WWD they’d be going totally fur-free by December 2018, saying the decision “marks a new chapter as our company continues to evolve its use of innovative materials.”

Michael Kors added, “We now have the ability to create a luxe aesthetic using non-animal fur.”

Here’s to seeing more brands shift toward a model of sustainability in the New Year!

What do you think of brands eliminating fur from their designs? Tell us @BritandCo!

Arielle Tschinkel
Arielle Tschinkel is a pop culture junkie who went to NYU because the Olsen twins went to NYU (really). She is a freelance writer whose work has also been featured on HelloGiggles, Refinery29, SheKnows, Bustle, Hollywood.com, and many others; and she's living her dream one Britney Spears GIF at a time. Follow her on Twitter @mrstschinkel or visit her website at arielletschinkel.com.
Animals
Style News
Animals Style
More From Style News