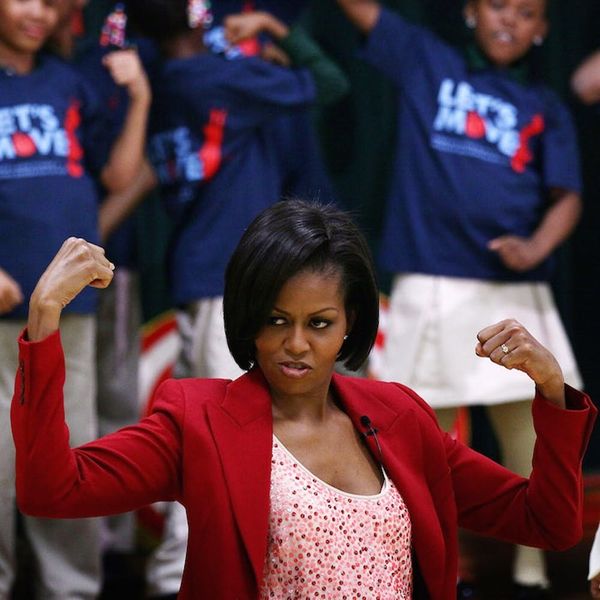 "This is For My Girls" available now 👉🏾https://t.co/EQ8RAp583F I am grateful to be apart of this movement with @FLOTUS🙏🏾#62millionsgirls

2. Are you following Kim Kardashian on Snapchat yet? Kim joined Snapchat recently, and so far it hasn’t disappointed. From her sneaking snaps of Kanye singing along to Justin Bieber and, um, himself, in the car, to lots of cute North West cameos, it’s worth a follow even if the selfies do get a little excessive. But hey, it’s her Snapchat, she can do what she wants, and we’ll take the extra intimate glimpses into her life. (via @kimmysnapchats)

3. Good luck unseeing this face-swapped Mulder and Scully. The face swap trend has exploded in recent weeks thanks to the insanely popular Snapchat filter, and we’re at the point now where when we see a picture we just assume the faces belong to the other person. This amazing feat, most likely the work of Photoshop, points out that like this, Mulder and Scully “look like a great synthpop band.” CRYING. (via Imgur)

4. A woman in British Columbia tried to escape the police on an ice floe. Look, we’re not condoning crime, and we’re not condoning trying to flee the police if you’ve been caught committing a crime, but something about this young woman’s entrepreneurial spirit really resonates with us, okay? 25-year-old Philicity Rhea Lefreniere was caught in the middle of a break and enter near Prince George in British Columbia. She fled the scene, but the police canine led them to a river where the woman had jumped on a chunk of ice on the water and was trying to escape. She was eventually caught and now faces multiple charges, but the point is, this is the most Canadian thing you will ever hear. (via Buzzfeed, photo via Pool/Getty)

5. This adorable smiley kitty is the antidote to Grumpy Cat. May Rey the smiling kitten get us all through this Wednesday. (via @coen.ava.rey)

6. Quote of the day: “It’s never too late to be who you might have been.” — George Eliot