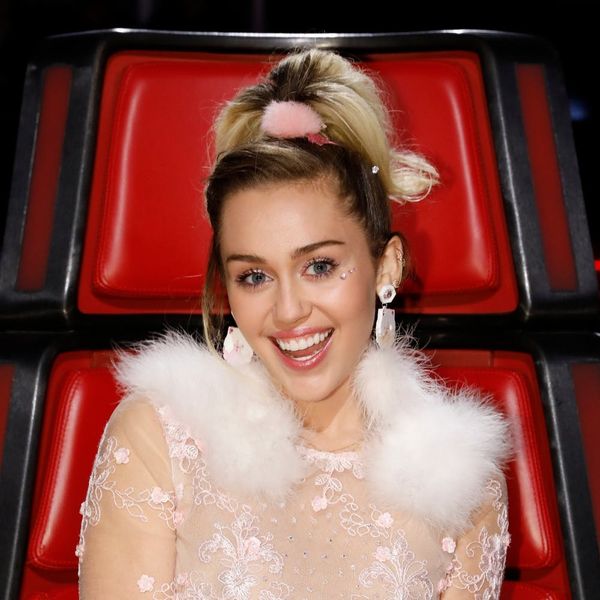 We’ve been on “Miley and Liam wedding watch” for a WHILE now, even speculating that they might have gotten married in secret, but now it looks like the singer’s politics could be putting a kink in her matrimonial ambitions. The buzz is that Miley Cyrus might be refusing to marry Liam Hemsworth while Trump is in office… yep, the entire wedding may be put on the back-burner for four more years!

“So many of Miley’s beliefs are being threatened right now,” a source told Hollywood Life. “She wants to take a stand and not get married if others are going to be in so much pain in Trump’s America.” Miley certainly seems like she’s willing to put herself on the line (in one way or another) for what she believes in, and, as they say, actions do speak louder than words.

So what will Miley be doing in the meantime? The same source added, “Miley wants to focus her time on important social issues and not a wedding.” It sounds like we can expect plenty of politically aimed action from Miley in the next four years. Then, when Trump is out of office, we’ll hopefully be seeing one amazingly Miley-esque wedding!

Hopefully Liam is the patient type, because it sounds like he might have a bit of a wait ahead of him before he gets to say, “I do.”

What do you think about Miley possibly delaying her wedding until Trump is out of office? Tweet us @BritandCo!

Desiree O
Desirée O is a ‘Professional Bohemian’ who loves anything and everything related to the arts, entertainment, and pop culture. She ADORES being a ‘Newsy’ for Brit + Co, covering all of the latest tidbits of awesomeness that you want to read about. When she’s not writing, she’s either making messy art, going on long adventurous walks with her camera, or poking around over at bohemianizm (http://www.bohemianizm.com/). You can find out about Desirée O and her work at http://DesireeO.com/ or follow her on Twitter @DesireeO.
Celebrity Couples
Celebrity News
Celebrity Couples marriage Miley Cyrus Politics
More From Celebrity News