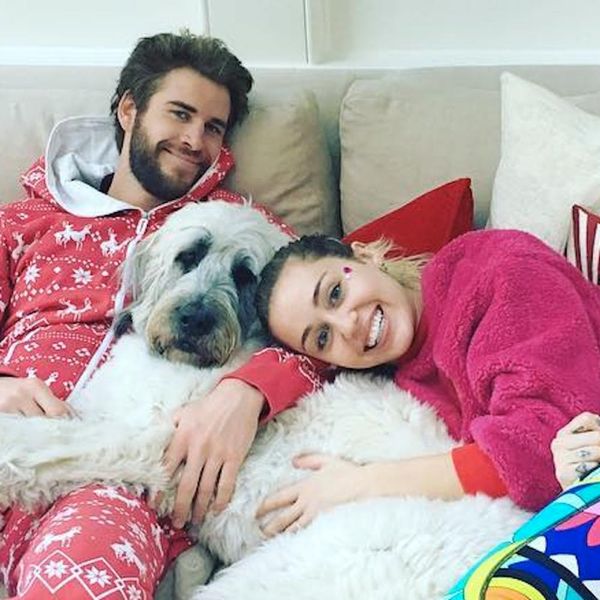 From Hannah Montana to the Happiest Hippie, Miley Cyrus has always taught us to expect the unexpected throughout her career.

As she’s taken bold and unpredictable music and fashion/beauty turns, and gone from Disney star to controversial dance queen to an advocate for LGBTQ youth and a mentor on The Voice, she’s covered a lot of ground in her young career — and no doubt, she’s just getting started.

One thing that has been a constant in Miley’s life since 2009 is her current fiancé, Liam Hemsworth. Though the pair are happily to be wed now, it wasn’t always smooth sailing.

Throughout the early years of their young relationship in 2010 and 2011, conflicting work schedules led to a lot of on and off starts and stops.

In 2012, the pair announced their engagement, and Miley showed off a BEAUTIFUL ring. Although rumors of another split surfaced shortly after, the pair remained close — until the engagement was officially over.

Miley and Liam might have gone their separate ways — Miley to turn heads for a while as a controversial juggernaut of a pop star, and Liam to continue working on his burgeoning acting career — but they remained best friends, even as they got into and out of other relationships, which seemed mature beyond their ages.

About a year ago, Miley visited Liam in Australia and, upon returning to LA, was seen wearing the *same ring* he had given her all those years ago. Although the two tried to keep quiet about their rekindled romance, it wasn’t long before the word was out. *Cue audience applause from when your fave couple kisses on a sitcom*

In recent months, Liam and Miley seem to be more at ease and more comfortable with their true selves, individually and together, than ever. Frankly, they look radiant (and unfairly adorable) in photos together. And Liam’s birthday gifts and party for Miley and his helping hand with her Happy Hippie foundation proves without a doubt that he loves her for exactly who she is.

These two are proof that if you can continue to mutually grow individually and alongside your partner in a couple, it’s likely to be a long and happy one. They’ve had each other’s backs through all of young life’s ups and downs and have proved that through it all, they have an unbreakable — and super lovable — bond. #Goals indeed.

What do you think of Miley and Liam? Let us know @BritandCo!