Miranda Kerr Put Leeches on Her Face Because Beauty Is Pain 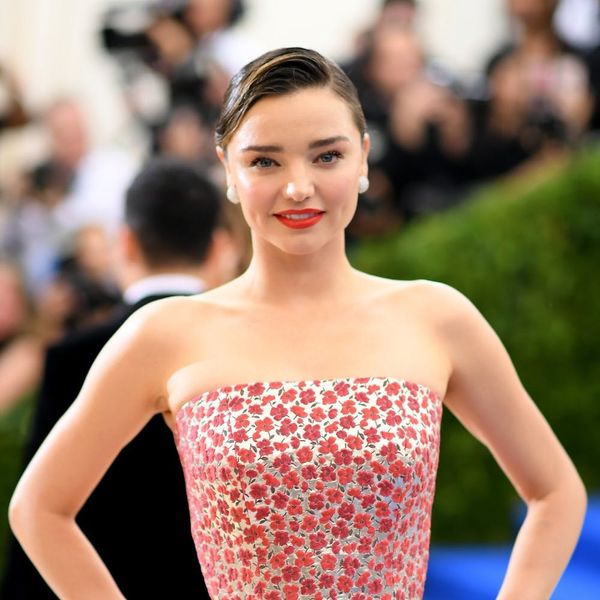 Just a few short weeks after marrying Snapchat founder Evan Spiegel (with a stunning wedding ring), Miranda Kerr is back in the headlines. This time for a kooky beauty treatment she tried involving — get this, leeches.

Thank you so much for having me @gwynethpaltrow & @goop 🙏🏼. It was an honor to be on a panel with such amazing women ❤️ #ingoophealth

“I’ve had a leech facial,” the model said, revealing the surprising service during Gwyneth Paltrow’s Goop Health Summit in Culver City, California. And what’s weirder is she still has the little creatures. “I kept the leeches, they’re in my koi pond,” she said. “You’re not allowed to reuse them and if you don’t take them home then she kills them and I didn’t like that idea.”

According to People, Kerr explained, “It’s adventurous. Health is wealth. They’ve been doing leech therapy for thousands of years.” Which is true; leeches have been used in a variety of ways for a long time, though mainly for the antiquated practice of bloodletting for illness. In beauty, they’re used for the proteins they secrete, which allegedly has the ability to brighten and tighten the skin.

Think Kerr is a bit nuts? You’re not alone; even Paltrow herself was surprised, saying, “Wow, I thought I was batsh*t crazy!”

What do you think of using leeches in your beauty routine? Tell us @BritandCo!

Shea Lignitz
Shea can be found in the nearest bookstore or brewery, exploring the great outdoors, or blasting Led Zeppelin. She grew up in the cold and rain of Northern California's redwoods but is currently wandering around Texas.
Beauty Trends
Beauty News
Beauty Trends Celebrity Beauty
More From Beauty News