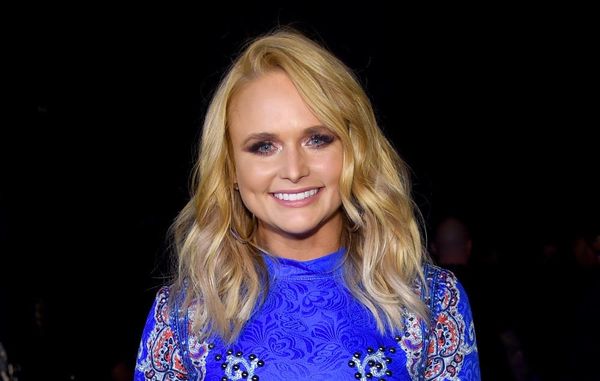 Surprise! Miranda Lambert may have been “happily single” just last August, but she’s now happily married after saying “I do” to Brendan McLoughlin in a secret ceremony that took place in January.

The 35-year-old country superstar broke the unexpected news on Instagram on Saturday, February 16, sharing two photos of herself in her wedding dress, posing alongside her new hubby. “In honor of Valentine’s Day I wanted to share some news. I met the love of my life,” she wrote. “And we got hitched! My heart is full. Thank you Brendan McLoughlin for loving me for…. me. #theone”

The “Tin Man” singer looked stunning in a mermaid gown with a lace back and sleeves, her hair tousled and her makeup natural. Meanwhile, her man looked dapper in a tuxedo jacket with tiny polka dots and silk lapels, but kept things a bit more casual by opting to skip the tie.

According to E!, the pair are really, really great at keeping secrets, as the nuptials actually happened way back on January 26 in Davidson County, Tennessee.

So who exactly is McLoughlin? When he was 19, the New Yorker tried his hand at modeling, creating a Model Mayhem profile that reads, “My style is all american boy/ Abercrombie/ sporty, but I’m open-minded, so feel free to network with me, share your ideas, and organize sessions.” After that, he joined the police force and, according to Twitter, in 2015 he was working as an officer for the NYPD’s Midtown South Precinct. People also reports that he welcomed a child from a previous relationship in November 2018.

Since her public split from husband Blake Shelton in 2015 after four years of marriage, Lambert has kept rather quiet about her personal life, first dating singer Anderson East for two years, then seeing musician Evan Felker for a few months. Since then, she’s been completely quiet about the topic, filling her Insta with snaps of friends, animals, and work — until now, that is. Congratulations, Miranda and Brendan!