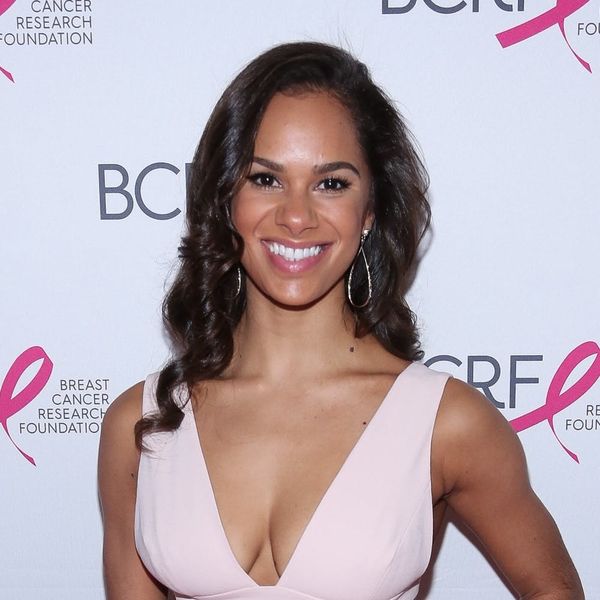 While most of us are happy to simply dress like a ballerina, Misty Copeland lives the dream out IRL. She’s had a super exciting career as of late — she’s soon to star as the Sugar Plum Fairy in Disney’s upcoming live-action Nutcracker movie, and she recently made history as the first WOC to be promoted to principal dancer in the American Ballet Theatre’s 75-year history. Now, Copeland is celebrating another special moment — she just married her long-time love, Olu Evans.

The pair was first introduced back around 2004 by Evans’ cousin, actor Taye Diggs, and they certainly weren’t in a rush to get to the altar. They walked down the aisle yesterday in Laguna Beach, California, in a beautiful ceremony that overlooked the ocean from the grounds of the Montage Hotel. They used hydrangeas (as well as white and pink roses) to add a touch of color to the loving moment.

Love this photo from my @Cosmopolitan photo shoot shot by @regancameron_! The issue is on newsstands now!

The wedding was an intimate event that only included 100 guests. Misty wore an Inbal Dror dress with shoes designed by Christian Louboutin, and according to an insider who spoke to E!, she looked like an “ethereal goddess.” Surely, the Sugar Plum Fairy made a beautiful ballerina bride.

#Repost @cynthiaerivo ・・・ Sometimes different forms of art collide to create one! I make music with my voice and @mistyonpointe used it to paint pictures with her body. Thank you @cosmopolitan for bringing us together. #summertime

Would you love to be a ballerina bride? Tweet us @BritandCo!