How to Prevent Politics from Completely Ruining Your Productivity 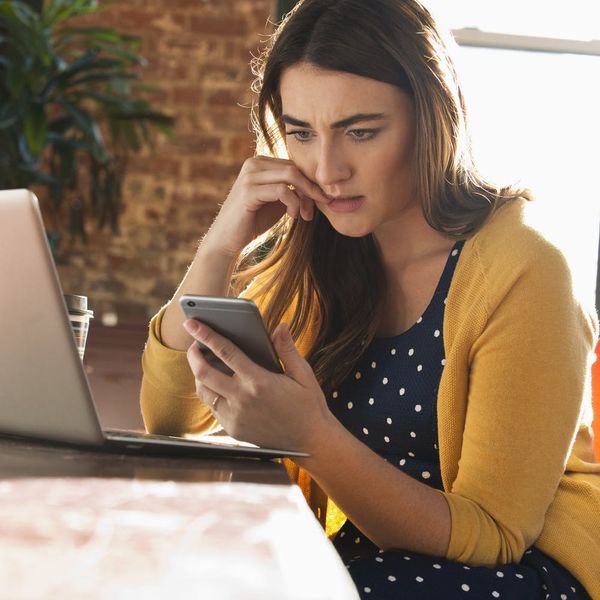 If you feel like your day is dominated by politics even when you’re at the office, you’re not alone. After a highly controversial and dramatic election season, the news has gotten even more overwhelming since President Trump took office. To be fair, when your social media news feeds are dominated by politics and it’s the hot topic of conversation among your colleagues, it’s pretty impossible to ignore during your nine-to-five. While it’s super important to be informed about what’s going on in the world, being interrupted every hour by a new political crisis is hardly conducive to being productive. In order to find out just how much post-election politics were affecting the average employee’s productivity, BetterWorks, a performance management software company, teamed up with Wakefield Research to do a nationwide survey. The results are even more extreme than we imagined.

Almost *everyone* is staying up on breaking news at work. Eighty-seven percent of people said they read political posts on social media while at work. That’s a seriously high percentage. What’s more, workers spend an average of *two hours* per day reading political posts on channels like Twitter, Facebook, and Instagram. That means people are spending a quarter of their (theoretically) eight-hour work day on this news. To top it off, 29 percent of people feel that they’re less productive at work than they were before the election. Yikes.

These numbers seem really shocking, but it’s hard to know if they’re actually that out of the ordinary, considering that research similar to this wasn’t done after the past few elections and social media usage has gone WAY up in the past several years. Kris Duggan, CEO of BetterWorks, says he thinks that this election was more polarizing than past ones, though, and that may be why productivity is taking such a hit. “This inauguration has provoked a new level of emotion in employees because the issues being discussed, like the immigration ban, for example, are core to who they are as people,” he explains. It’s true that if a new policy affects you or those you care for directly, it’s more likely that you’ll care deeply about it to the point of distraction. “The political discussions and decisions made by our new president will have a direct impact on the daily lives of people,” he adds. “This incites feelings of uneasiness, which is a major distraction for workers.”

On the bright side, Duggan points out, “There could be a few silver linings of political talk at work, if organizations know how to make the most of the situation. When managers are empowered to monitor the emotional state of employees, for example, they can leverage political conversations to stay in tune with what’s causing stress or fatigue for their employees,” he says. Employers don’t always pay attention to the emotional well-being of their workers, so the current political climate could be an opportunity for them to do just that. Here’s more good news: 20 percent of the workforce in the US says they’ve participated in a rally or march since the election. If you’re only looking at millennials, that number goes up to 34 percent. It’s amazing that so many people are politically active and are standing up for what they believe in, and getting out and doing something about all the feelings you’re having regarding politics can make a huge difference in your ability to stay on track at the office.

3 Tips to help you stay on track at work

1. Step away from politics. “For some, the eight or so hours a day you spend in the office can actually serve as a respite from political conversation and arguments,” Duggan says. Embrace your time at work as a break from social media and the news. You may just be surprised at how much easier it is to get your work done.

2. Know the right time and place. The survey found that 49 percent of people have seen a political conversation actually turn into an argument at work. Duggan says that while he’s a “huge proponent of transparency in the workplace, sometimes we take it too far. Employees should recognize that discussing religion and politics might elicit distracting emotions for their colleagues.” If possible, save your political talk for outside the office.

3. Refocus on your work objectives. At the beginning of every day, take a moment to think about what you want to get done. “When you have set goals and a list of things to accomplish, you’re less likely to get derailed, even by something as distracting as politics,” he says.

ADVICE FOR MANAGERS With DISTRACTED Employees

If you’re a manager (go you!), you now — more than ever — need to make an effort to keep your employees’ eyes on the prize. After all, focusing on work (within reason) can actually be a great way to temporarily distract yourself from all the crazy things that are happening in the world. “Now’s not the time to micromanage employees. If managers try to control social media usage or limit political conversations, it could backfire,” says Duggan.

Instead, check in with your direct reports regularly about what they’re working on, and encourage them to set goals. “Goal setting also gives managers the construct to notice employees aren’t on track without being too invasive around their everyday work patterns. Then when something distracting like politics infiltrates the work place, the manager and employee can fall back on the goals they’ve set and be sure distractions don’t slow down their progress toward the goal.” Sounds like a plan to us.

How are politics affecting your office life? Tell us about it @BritandCo!