How to Start Repairing Relationships Damaged by Politics 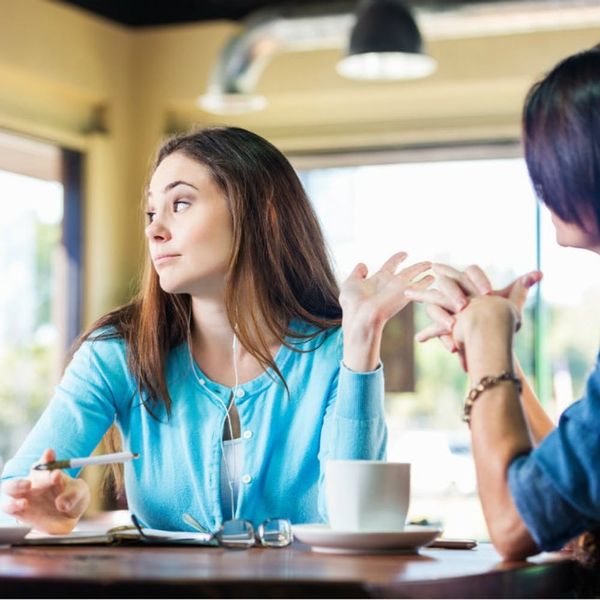 If you used to think that politics were boring, we’d bet pretty big money that the 2016 presidential campaign (in which Vogue made its first-ever endorsement), Donald Trump’s victory (and the crazy global reactions to it), and the emotional aftermath (Michelle Obama’s farewell speech, anyone?) have proven you wrong. A few weeks into President Trump’s administration, it’s hard to remember a time before the controversial 2016 election, but that time did exist — and it felt much simpler than the one we’re living in now. While the events of the last few months have inspired plenty of acts of solidarity — the Women’s March being one obvious example — they’ve also created tension in many of our relationships.

Even under the best of times, it’s often ill-advised to discuss politics, so in the current conflict-ridden state of our country, government-talk is bound to cause stress and arguments. Amy Freier, a Chicago-based couples and sex therapist, says that our tendency to argue with loved ones about politics is rooted in our natural desire for validation and safety.

“What we’re experiencing right now with this current political tension is, essentially, a fear of a loss of social connection,” she says. “When we find that our person or the people with whom we connect and identify most differ from our beliefs, they’re betraying our sense of unity and connection. This can ignite our emotional alarm system, causing tension and discontent.”

These feelings of loneliness, invalidation, and betrayal in relationships can cause people to argue with each other or (perhaps, worse) withdraw and disconnect from those they love. If left unresolved, these issues can breed long-lasting tension. “I always encourage people to err on the side of curiosity, compassion, and clarity,” Freier says. “In my experience, changing people’s minds is quite difficult, but creating a level of safety in vulnerable expression can be highly effective.”

If you’re ready to start being vulnerable and repairing the relationships in your life that’ve been tested since November 8 — whether they be with family members, friends, or your S.O. — Freier has a secret weapon. It’s called mirroring, and it’s a tool she uses during couples therapy in her own practice. According to Freier, mirroring looks a bit like active listening (AKA fully concentrating on, responding to, and then remembering what the person you’re listening to is trying to communicate), with an added twist that will (hopefully) prevent defensive behavior.

“When someone shares information with you that you disagree with, your natural reaction is to get defensive and angry,” Freier says. “Instead, try mirroring back to them what you’re hearing with curiosity, validating that their feelings about the topic are real and important to them and agree that while you have differing opinions, both are allowed to coexist respectfully.”

Bae: “I’m not sure what you and your Democrat friends are complaining about. Trump won fair and square and now we all have to wait and see what he does. Whining isn’t going to change anything! His ideas aren’t all bad.”

You: (Resisting the urge to freak out and taking a deep breath) “What you’re saying is interesting. Can you say more about the ideas that you think aren’t so bad? I’m genuinely curious because maybe I’m missing something that would make me feel better about the whole situation. I hear what you’re saying, and I understand that you’re entitled to see things differently than I do. That being said, I need you to stop being patronizing about the fact that my friends and I are upset. Our opinions are just very different than yours, and we’re worried about what’s going to happen next.”

That exchange was pretty polite, right? Unfortunately, as we all know, conversations regarding politics can easily move out of respectful territory and into the danger zone. Freier says that some people are difficult to mirror because they are more interested in being right than being curious, which can lead to a much nastier, less productive conversation. The solution to managing your political disagreements with those loved ones? One word: boundaries.

“You’re allowed to set respectful boundaries around what you talk about, when you talk about it, and with whom you engage,” Freier says. “Boundaries are a great way of giving yourself permission to disengage and relieve yourself of the burden of trying to manage unmanageable conflict.”

Ultimately, if there are people in your life who you love but cannot talk politics with, it’s entirely possible that the only way to truly keep the peace is to be clear with them about your conversational boundaries. If you find, however, that your political disagreements are a bit deeper and have revealed some underlying differences in your values, it may be time to consider whether it’s a relationship that you should continue to pursue, especially where romantic partners are concerned. Perhaps this rocky political ride has given you an opportunity to learn more about an S.O.’s fundamental beliefs — and whether or not you want to stick around with them until the next election year.

Have your relationships been tested since the election? Tweet us @BritandCo!

Alli Hoff Kosik
Alli Hoff Kosik is a freelance writer who is passionate about reading, running, rainbow sprinkles, her lipstick collection, watching embarrassing reality TV, and drinking pink wine. She lives in Brooklyn with her husband and (in her dreams, at least) three golden retriever puppies. Listen to her talk books on The SSR Podcast.
Politics
Relationships
Politics Relationship Advice
More From Relationships