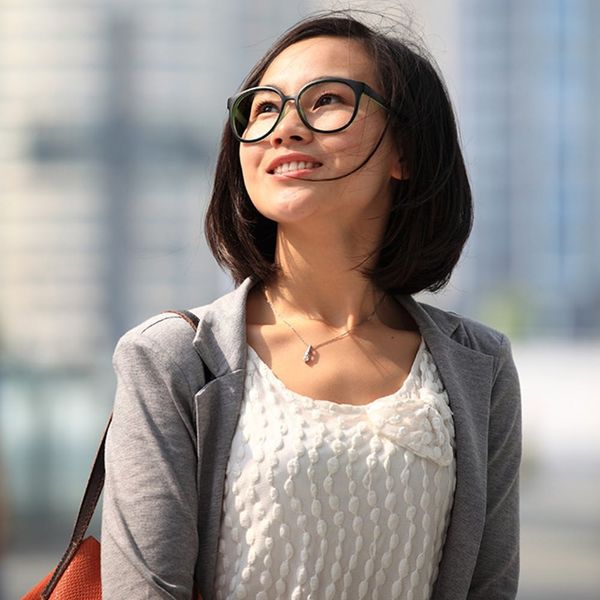 #Girlboss reality check: plotting out a solid career path might not be what leads you to your dream job anymore. The reason? The gig that you’ll go ga-ga for might not have been invented yet. Think about it: many of the top 10 best places to work in 2016 according to Glassdoor including the number one placeholder, Airbnb, weren’t even founded until the mid-to-late 2000s. How can you possibly take the right courses, secure the best internships and brush up your resume to get your foot in the door when the door hasn’t been built yet?

According to an all-female panel at SXSW Interactive today, made up of executives of tech, science, fashion and data companies, it’s really not that difficult to prepare for — or pivot from if you’re in a field that gets disrupted by new technology (as in, there was no Twitter or Snapchat in my J-School course syllabus when I graduated in 2008). Read below for five pieces of career advice on how to prepare for your dream job that hasn’t been invented yet.

1. Don’t Limit Yourself: “When I started working in public health, there was no Digital Development role — it didn’t exist!,” said Jessica Federer, Head of Digital Development at Bayer AG. “Pick something that you love at let it evolve because if you try to plan out your career you’re really limiting your options.”

Johanna Murphy, Global Chief Marketing Officer for Rag & Bone, shared her twist-and-turn-filled journey. “I went to school thinking I wanted to be a chemist until I was not doing very well in chemistry and then it turned out I had a knack for writing so I ended up being a journalist for a while then went into marketing and it actually turned out am actually very good at math and have a creative side of my brain. It’s all taken a long time for me to figure out what it is I’m good, but it’s that,” she said.

2. Have a Plan to Update Your Skills: “Have a passion for learning new things because everything changes so fast today, including new skills that we weren’t taught in college,” said Sandy Carter, General Manager at IBM. “So the best career advice I can give is to make sure you have a plan to always update your skills.”

3. A/B Test Your Life: “Let yourself be open to new experiences and try things that challenge you. If you’re really hardcore into math and science, try something on the creative side or vice versa. Who knows? You may have a hidden talent,” said Johanna Murphy.

Sandy Carter echoed her sentiment. “Especially for high school and college girls, I tell them to A/B test their life. So my daughter, for instance, she’s 13 and she loves art. So look at art — drawing, painting — but also look at digital animation. Who knows? You might like one of the other. Try it and then A/B test two other things. That way you can take different things that you like and develop it and A/B test your way to a fabulous career.”

5. Say “No” to Stupid Things: Lisa Pearson, CMO of Umbel recalled what a friend and colleague recently said. “Do things you enjoy, constantly stretch and learn, say “yes” to everything, but say “no” to stupid things,” she said. “I think that’s a tough one for women to reconcile because of the desire to be helpful and supportive and enthusiastic. But say “yes” to the ones that are of high value, not just yes to everything.”

Your Perfect Pumpkin Spice Treat, According to Your Zodiac Sign