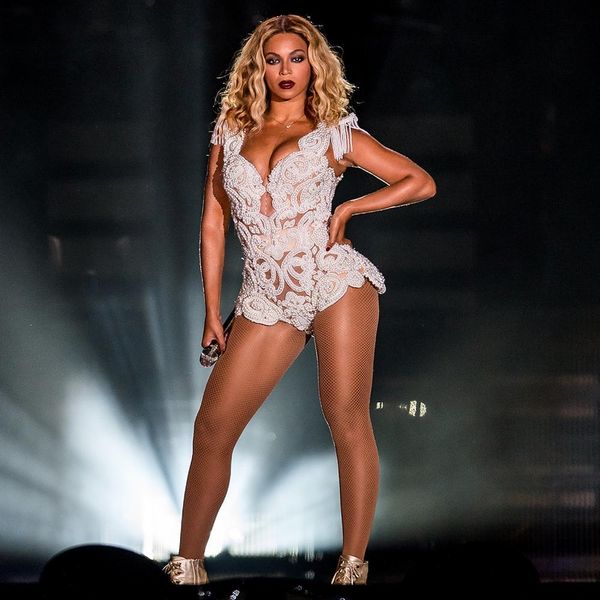 Although Beyoncé speaks to current events through song and can inspire a movement just by dropping a secret album, it’s rare to see her get super passionate on social media. In the “Formation” video, she was pictured atop a sinking police car. At her Super Bowl halftime show, her and her dancers’ outfits paid tribute to the Black Panthers. Today, after the death of Louisiana resident Alton Sterling, Beyoncé has responded with both an open letter on her website and a tribute at her show.

Beyoncé begins her letter stating, “We are sick and tired of the killings of young men and women in our communities.” Similar to Drake’s open letter on the topic, Beyoncé calls for action. She writes, “We are going to stand up as a community and fight against anyone who believes that murder or any violent action by those who are sworn to protect us should consistently go unpunished.” Read her full letter here. She also links to how you can contact your Congressman or woman and how you can “voice protest for Alton Sterling.”

Beyoncé showing the names of the victims of police brutality during tonight's show in Glasgow. #FormationWorldTour pic.twitter.com/0IgONrD8eP

Additionally, Beyoncé paid tribute to victims of police brutality tonight on stage at her show in Glasgow, Scotland by asking for a moment of silence while victims’ names were projected on the big screen.

What’s the most powerful reaction you’ve seen to this news story? Share with us on Twitter @BritandCo.

Cortney Clift
Cortney is the senior writer and special projects editor at Brit + Co. She typically covers topics related to women's issues, politics, and lifestyle. When she's not buried behind her computer you'll find her exploring New York City or planning her next big adventure.
Beyonce
Celebrity News
Beyonce