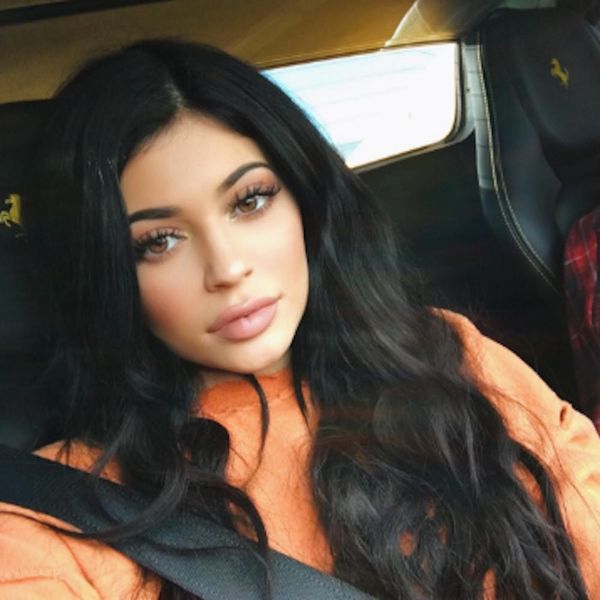 From more Kardashian social media drama to the PERFECT troll by Serena Williams, check out six of today’s top news items below.

a post went up today quoting something that I NEVER EVER said or saw. A very personal post that I would never ever approve.

1. The KarJenner girls do not mess around. After a personal post that Kylie did not write and never approved went live on her app, she tweeted that she would no longer personally be posting on the app and that she was working on a solution to put in place. The now-deleted post reportedly detailed Kylie and Tyga’s relationship, including what she cooks for him and how they keep their sex life fun. The app team released a statement apologizing, saying “it was never our intention to misrepresent Kylie and Kylie’s voice.”

Sneak peek. ❤️It was a corn tortilla of course in case you were wondering.

2. Serena Williams had the BEST response to fans asking to see her engagement ring. Everyone has been on the bling lookout since Serena got engaged to Reddit co-founder Alexis Ohanian last week (us included!), and she knows first hand. Pulling the perfect troll job on her Instagram, Serena posted a pic of a silver band with a miniature model of a taco on it and we love her so much for it. “Sneak peek ❤️,” she earnestly captioned it. “It was a corn tortilla of course in case you were wondering.” We like how you play this game, Serena.

Me: Idk…I don't care about Coachella??

3. People cannot even handle that Beyoncé is headlining Coachella. When the music festival announced its lineup yesterday, people were thrilled to see the likes of Radiohead, Kendrick Lamar and Hans Zimmer (wait, what?!) listed. But it was Saturday night’s headliner — Beyoncé — that had everyone losing their minds. Memes detailing peoples’ otherwise disinterested attitude toward the festival until they heard Queen Bey was performing started popping up, and they are hilarious. Never change, internet.

4. OMG, Vanessa Hudgens and Ashley Tisdale did a duet together and it’ll give you MAJOR High School Musical flashbacks. Welcome back to 2006, y’all! Ashley had Vanessa on her revamped Youtube channel to sing Elle King’s “Ex’s and Oh’s,” making this the FIRST time the two have actually sang together, since they didn’t actually have a duet in HSM. “Happy to have my BFF Vanessa Hudgens on Music Sessions!” Ashley wrote, annnnnd we’re dead.

5. Wendy’s got in the best Twitter fight and it ended in a HILARIOUS way. Managing a major company’s social media account is no easy job. It’s all fun and games if you’re dealing with heart eyes and memes, but when critics come calling, it can be tough to handle it properly. After the fast-food chain tweeted their famous “fresh never frozen” slogan for their beef, someone tried calling them out, saying there’s no way they could transport it “raw on a hot truck.” Wendy’s responded by asking the troll where cold things that aren’t frozen are stored, and the user, having been GOT SO GOOD, promptly deleted his account. The best.

6. Quote of the day: “I’m of the opinion that Dick Clark would not have let an artist go through that and he would have been as mortified as I was in real time.” Mariah Carey responds to her NYE debacle.

Do you think Mariah has handled the Times Square mishap appropriately? Let us know over @BritandCo.