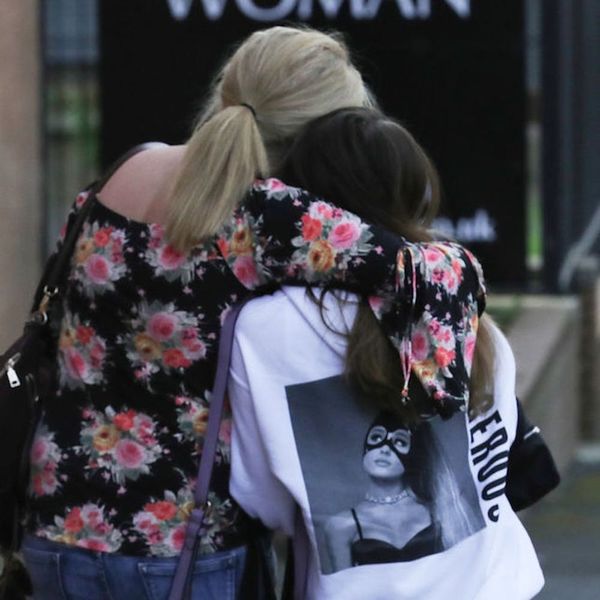 1. ISIS has claimed responsibility for the explosion at Ariana Grande’s Manchester concert that has killed at least 22 people and injured more than 50, reports The Associated Press. The group has not provided any evidence to support the claim at this time. A 23-year-old man has been arrested in Manchester in connection with the attack. (h/t Buzzfeed News; photo via Christopher Furlong/Getty)

2. The first victim of the Manchester attack has been identified as 18-year-old Georgina Callander. According to the Evening Standard, Callander died at the hospital with her mother by her side. Callander tweeted at Grande on Sunday how excited she was to attend the show the following day. Our thoughts are with Georgina’s family and friends.

3. Ariana Grande has reportedly suspended her world tour following the explosion.TMZ reports that Ariana is currently not concerned with the shows, including her scheduled concert in London on Thursday, and will reschedule when ready. Grande nor her team have confirmed any show cancellations just yet. (Photo via Leon Neal/Getty)

5. Katy Perry dished some major deets on her feud with Taylor Swift. Perry did NOT hold back as her and The Late Late Show‘s James Corden drove around for the Carpool KaraokePrimetime Special. “That’s true; there is a situation,” Perry said to Corden after they sang Perry’s latest single, “Swish Swish.” Perry claims she tried to talk it out with Swift but that she wasn’t having it, and instead got shut down (and a song — “Bad Blood” — written about it). “Honestly, it’s really like she started it and it’s time for her to finish it,” Perry said, adding that “women together, not divided, and like none of this petty [bleeped out]. Women together will heal the world.” (h/t ET)

6. Quote of the day: “You gain strength, courage, and confidence by every experience in which you really stop to look fear in the face. You must do the thing which you think you cannot do.” Eleanor Roosevelt on confronting fear.

What do you think of Katy Perry’s comments on her feud with Taylor Swift? Let us know @BritandCo.