Morning Buzz! Watch the Exact Moment George Clooney Was Shocked With the News of Brad Pitt and Angelina Jolie’s Split 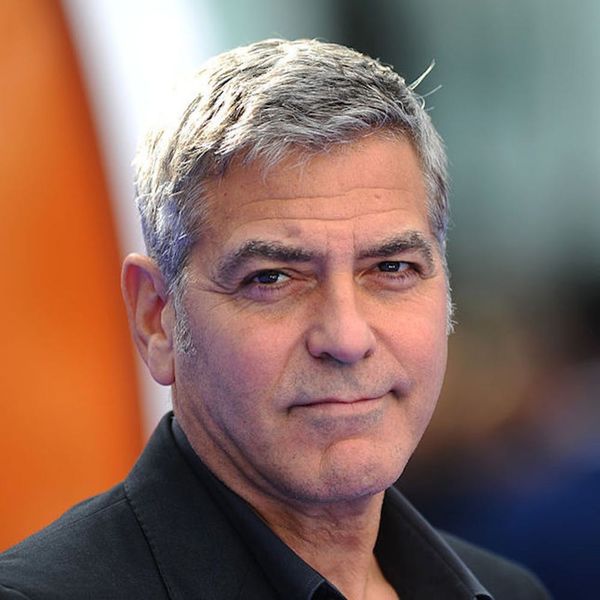 From more celebrity reactions to the Brangelina split to the best Barack Obama impression you’ll ever see, check out six of today’s top news items below.

1. Not even celebs can help but be shocked by the Brangelina news that rocked the world yesterday. While at the Leaders Summit for Refugees at the United Nations yesterday, a CNN reporter asked George to comment on his longtime friends’ breakup. “What happened?” George asked. “I didn’t know that. I feel very sorry then. That’s a sad story and unfortunate for a family. It’s an unfortunate story about a family. I feel very sorry to hear that.” It’s painful to watch.

Adele, in one great note among many, just dedicated her show, "2 hours of misery," to "Brangelina." "End of an era." pic.twitter.com/uNOtfbc8wK

2. Adele even dedicated her NYC show to Brangelina last night. After starting her show last night, Adele asked the crowd if she could address the elephant in the room, and went on to dedicate her set full of classic Adele breakup songs to the two. She called it the “end of an era.” Indeed.

For all you gestating ladies out there check out Those Heavenly Days for my "Pregnancy Favs...Thus Far" and get some tips and tricks for feeling more comfortable inside and out while growing a life! thoseheavenlydays.com

3. Katherine Heigl looks comfy and healthy as she shares a pic of her growing baby bump. Back in June we learned that Katherine was pregnant with her third child (though it was her first pregnancy), and this latest update shows just how quickly the time is passing. She captioned the photo with a link to her blog, where she shares her “pregnancy favs” so far, including apps, websites, clothing and more.

The Upside Down Parent Trap. pic.twitter.com/EcVfdvOIzA

4. SO THIS HAPPENED. Remember the bonkers and hilarious Stranger Things theory that pinned Parks and Rec‘s Jean-Ralphio as Steve from Stranger Things‘ son? They met and did a photoshoot and yes, it was PERFECT.

5. Michelle Obama’s impression of Barack is ON POINT. She told Stephen Colbert last night that, apparently, the whole family does impressions of him, usually at the dinner table. Then she proceeded to do hers. And we died.

6. Quote of the day: “We were more than friends.” — O.J. Simpson prosecutor Chris Darden revealed to ET that his relationship with fellow attorney Marcia Clark was, indeed, more than just professional. WE KNEW IT.

Have you ever dated a co-worker? Let us know over @BritandCo!