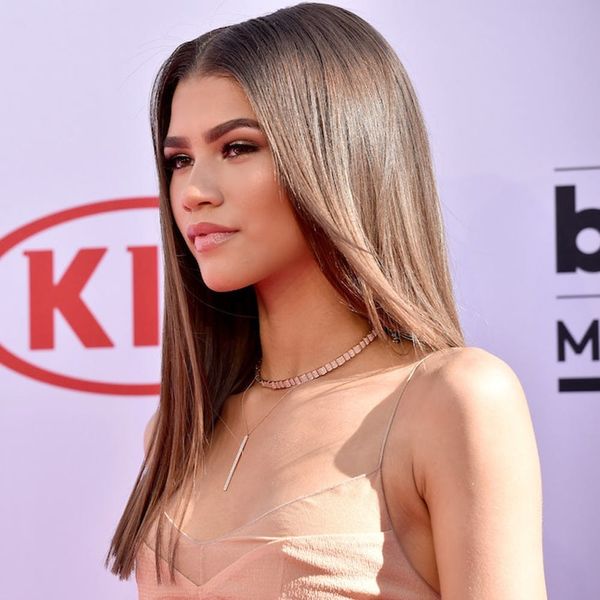 Happy 4th of July! Here’s hoping you’re still basking in your long weekend, looking a little like the sunglasses emoji. Today we look at Zendaya’s heroic Twitter callout, some surprising lip gloss news, and more in today’s buzziest news below!

1. Zendaya isn’t letting this Twitter troll get away with his disgusting and unacceptable tweet. Some master troll with a “dark sense of humor” tried to participate in pop culture by tweeting about the movie The Purge, a world in which all crime is legal for 12 hours, saying “If the purge was real who y’all raping?”, with a photo of Beyonce, Rihanna, Nicki Minaj, and Zendaya. Before you even have a chance to comprehend that someone would put that into the world, Zendaya swooped in and called him out, even replying when he had the gall to tweet at her. The tweet has since been deleted, and a good portion of his timeline is him saying to ~no one in particular~ that he “has a dark sense of humor” and that if you don’t like being offended, Twitter is not the place for you. Sure, buddy.

2. Blac Chyna and Rob Kardashian had the most ADORABLE date weekend. The two spent their holiday weekend in Washington D.C. with her parents, and documented some of their sweeter moments on Snapchat. The most exciting news was that the happy couple felt the baby kick for the first time, which Rob announced using a goofy Snapchat filter (because why not?). Just as sweet was the low-key date night they Snapped, complete with pizza and lotsa loooove.

3. Rihanna cancelled a Colombia festival appearance due to Zika concerns. The inaugural Lollapalooza Columbia cancelled the entire festival after “a headliner” pulled out without enough time to find a replacement, and several Columbian outlets are reporting that it was indeed Rihanna. Time Magazine reports that Colombia has the second-most cases of the Zika virus after Brazil. (h/t Variety)

Who's got their hands on the new #babylips glow balm!? This is no ordinary baby lips! Triggered by your lips pH level, this balm will change colors to customize to you. Get your perfect pink with the new baby lips glow balm in 'my pink'.

4. Turns out you’re not the only one obsessed with Maybelline’s Baby Lips. One of these lip glosses is sold worldwide every THREE SECONDS, according to Refinery29. Surely their new lip-activated color changing version, seen above, won’t slow that down.

5. No one can tell this dog it isn’t flying. Being held over a giant fan, Skeeter thinks she’s lighter than air, and who are WE to tell her otherwise?! Let Skeeter be your #MondayMotivation. Where there’s a will, there’s a way!

6. Quote of the day: “Proud.” Canadian Prime Minister (and total celeb) Justin Trudeau makes history by being the first sitting PM to walk in Toronto’s Pride Parade on Sunday.

How are you spending your 4th of July today? Let us know over at @BritandCo!