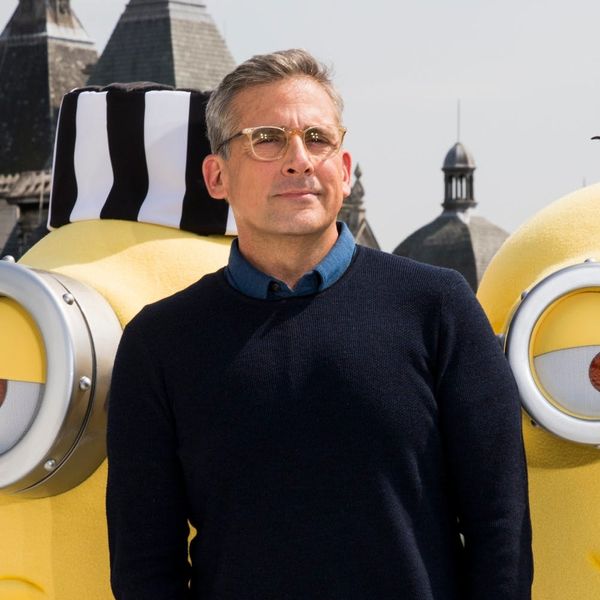 Steve Carell has just been deemed Hollywood’s newest, hottest silver fox — affirming what we already knew, that silver hair is super hot — and, natch, the comedian has the BEST response to fans’ appreciation of his refined physical allure.

The crush-sparking situation began over on social media when more than one person noticed that the 54-year-old funny-man has earned himself silver fox status as a result of fully and proudly embracing his gray hair.

However, the star (jokingly) isn’t on board with being seen as a piece of meat. “I am so sick of people just looking at me for my physical attributes,” he told ET at the premiere of Despicable Me 3 in LA on Saturday. “It’s just genetic. There’s nothing I can do.” Poor dude. Must be rough to be so lovable.

On a more serious note (yes, he’s able to be serious when the situation calls for it… like when fans fawn over his crush-worthiness), he added, “I’m bursting with pride. That’s very nice.”