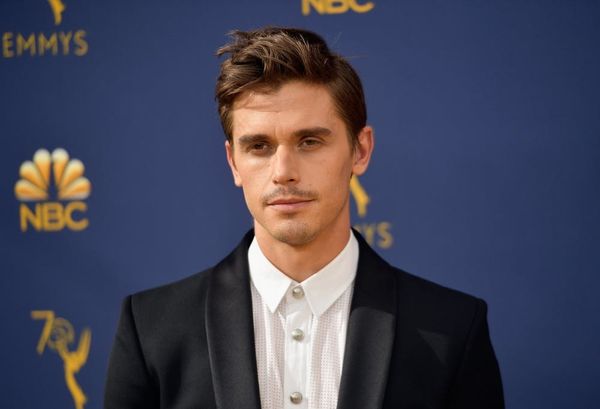 Netflix has plenty of spookyoriginal content to get you through Halloween, but if you’re looking for even more options, the streaming service has just added a surprise new scary series — featuring an appearance from Queer Eye‘s Antoni Porowski like you’ve never seen him.

Don’t Watch This is a collection of five horror-themed short films, now streaming as of Monday, October 29. Netflix describes the shorts as “unbearable, unwatchable, [and] can’t-possibly-finish,” featuring “ghoulish creatures, dark obsessions, and unsettling visions.” They’re advising viewers not to watch the shorts — hence the series’ title.

Porowski shows up in Antoni Psycho, a parody of the iconic 2000 psychological horror film American Psycho, starring Christian Bale. In the trailer, the Queer Eye food expert is seen recreating the “healthy morning rituals” of Bale’s character, the sinister Patrick Bateman (and in the same tighty whities, no less) — but an eerie darkness lurks underneath. Porowski nails the quiet unease that Bale oozes on-screen, a pretty big departure from his sweet, often emotional demeanor on Queer Eye. Netflix was right — don’t watch this!

Additional episodes include “Friendship Bracelet,” about an outcast who pursues friendship with the popular girls; “Keep Out,” about two friends whose attempt at a viral video goes horrifyingly wrong; “Incommodum,” a classic Halloween symbolism smorgasbord; and “CTRL+ALT+DEL,” a modern virtual reality hacking horror story.