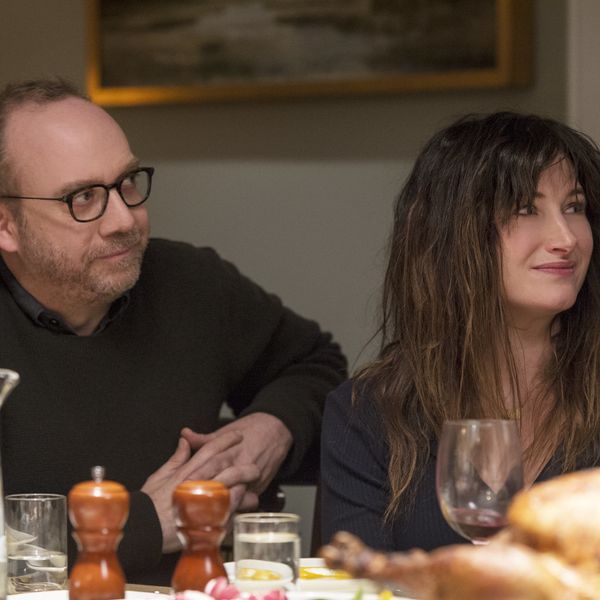 October is the unofficial start of hibernation season, and in addition to the avalanche of traditional fall TV to settle back into, Netflix has its own slate of new binge-worthy watches. From seasonally appropriate spooky series to more emotional movies that'll get you in your feelings, here are eight Netflix originals you should be sure to check out in October. (Photos via Netflix)
Big Mouth, Season 2 (October 5): Adolescence is a tough time. Your body starts rebelling, and social hierarchy is suddenly everything, and you don't understand any of it. In season 2 of Netflix's hit animated series, Jane the Virgin's Gina Rodriguez and Harry Potter's David Thewlis join the already-stacked voice cast of Nick Kroll, John Mulaney, Maya Rudolph, Jason Mantzoukas, and tons more to take on the messy business of growing up — and to make peace with the puberty monster. (Photo via Netflix)
Elite, Season 1 (October 5): This teen drama just might fill the Gossip Girl-shaped hole in your heart. Netflix's second Spanish-language original series follows three working-class teenagers who are sent to attend Spain's prestigious (and bougie) Las Encinas school. They quickly find themselves immersed in the privileged drama — and soon, a murder mystery. (Photo via Manuel Fernandez-Valdes/Netflix)
Private Life (October 5): Kathryn Hahn and Paul Giamatti play a middle-aged married couple going through infertility issues, and as they fall deeper into both financial and emotional turmoil in order to start a family, their niece shows up for a visit that lends some much-needed perspective. It's heartbreaking and hilarious and sure to be another hit for Netflix. (Photo via Jojo Whilden/Netflix)
22 July (October 10): The horrific story of Norway's worst terror attack, in which Anders Behring Breivik killed 77 people, gets the crime drama treatment from The Bourne Supremacy director Paul Greengrass. The film — which, fair warning, may be disturbing at times — looks at the attack itself, the survivors, and the politics that surrounded the event. It's a heavy one, to be sure, but an interesting study in how a country carries on after such a tragedy. (Photo via Erik Aavatsmark/Netflix)
The Kindergarten Teacher (October 12): Maggie Gyllenhaal stars as a kindergarten teacher who goes to extreme and inappropriate lengths to nurture the talents of a gifted student — contacting him outside of school hours, trying to convince his parents to let her mentor him, and even showing up to take him away from the school playground. If you have kids, this psychological thriller is as scary as any horror movie. (Photo via Netflix)
The Haunting of Hill House, Season 1 (October 12): There's a good chance you might never sleep again if you watch this new horror series — but it might be worth it. Adapted from the classic 1959 horror novel by author Shirley Jackson, this spooky show is about a haunted mansion that makes nightmares come to life. It will absolutely, 100 percent scare the crap out of you. (Photo via Steve Dietl/Netflix)
Salt, Fat, Acid, Heat (October 19): Chef and author Samin Nosrat takes her best-selling book to Netflix, where she'll explore cooking through Japan, Italy, Mexico, and at her alma mater Chez Panisse in California. As much as we love binge-worthy cooking competition shows, we love food programming that offers cultural enrichment as well, and this four-part series based on the book of the same name has lots of it. (Photo via Adam Rose/Netflix)
Chilling Adventures of Sabrina, Season 1 (October 26): Mad Men's Kiernan Shipka stars as the beloved teenage witch, but don't expect a family-friendly sitcom like the one from your youth: The streaming service has promised a dark, Riverdale-esque twist on the iconic Archie comics character. We can't wait for this one. (Photo via Diyah Pera/Netflix)
Nicole Villeneuve
Nicole is an entertainment and lifestyle writer covering pop culture, news, and cool women doing cool things. She likes yard sales, MTV's Teen Mom, and putting too many memes in the group chat. She lives in Toronto.
Movies
Pop Culture
Movies Netflix TV