New Allegations — Some Involving a Minor — Have Surfaced Against Dustin Hoffman 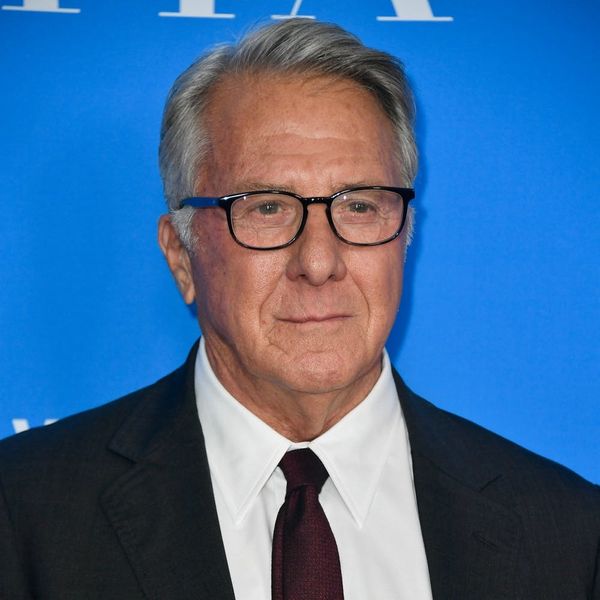 Hot off the heels of a spat in front of a live audience with HBO host John Oliver, three more women have come forward to accuse Hollywood acting legend, Dustin Hoffman. This brings the total accusations against the Dr. Magorium’s Wonder Emporium star up to six. Most awful in this latest round of allegations, however, is that one of his accusers was a teen at the time of the alleged misconduct.

While one of Hoffman’s latest accusers wishes to remain anonymous, the other two have spoken extensively with Variety, detailing their assaults. The first is Cori Thomas, who was only 16, and a classmate of Hoffman’s daughter, Karina at the time of her story. She told Variety that after spending the day with Karina and her father, the three of them ended up at a hotel in Manhattan that he was staying at while his newly purchased NYC apartment was being renovated.

After Hoffman insisted his daughter head home to finish her homework, Hoffman told Thomas to stay with him and await her parents at the hotel, but in his suite, and not in the lobby restaurant like planned. While Thomas waited, she alleges that Hoffman went into the bathroom and turned on the shower.

A few minutes later, Hoffman came out of the bathroom and, Thomas says, “he came out of the bathroom with a towel at first wrapped around him, which he dropped. He was standing there naked. I think I almost collapsed, actually. It was the first time I had ever seen a naked man. I was mortified. I didn’t know what to do. And he milked it. He milked the fact that he was naked. He stood there. He took his time.”

Thomas then alleges that Hoffman asked her to rub his feet, which she did, but that when the phone rang to signal the arrival of Thomas’ parents, she was saved from anything further. Thomas says that she never came forward out of fear of embarrassing her friend Karina Hoffman — they have remained friends and Thomas was a bridesmaid at Hoffman’s wedding.

More women come forward against Dustin Hoffman: "He was standing there naked. I think I almost collapsed, actually" https://t.co/9knot2G1S0 pic.twitter.com/cKO0EOhY9K

Second accuser Melissa Kester had recently graduated college when she got some work on Hoffman’s comedy, Ishtar with Warren Beatty. She was working on post-production audio with her then-boyfriend, helping out in the recording studio, when she alleges Hoffman (somewhat jokingly) demanded that she join him in the recording chamber. She obliged, assuming that with her boyfriend able to watch them, that he was just joking around, and hoped her presence would help him nail the vocals he was trying to record.

Unable to see anything from the waist down, however, Hoffman’s hand slid below site, and, according to Kester, the actor assaulted her while he sang into the mic. “He literally just stuck his fingers down my pants,” Kester said. “He put his fingers inside me. And the thing I feel most bad about is I didn’t know what to do. I just stood there. I just froze in the situation like ‘Oh my god, what is happening?’ It’s shocking when that happens to you.”

After the alleged assault, Kester only told one person (who corroborated with Variety), but never told anyone else. She alleges that Hoffman hounded her after the encounter, calling regularly.

The third accuser is an anonymous woman also worked with Kester and Hoffman on Ishtar. This time, the alleged victim says that after a consensual sexual encounter with the actor, things got out of hand. After a few weeks, Hoffman invited her onto the set during the movie’s wrap party, and when she was leaving, Hoffman offered her a ride. Although she insisted she’d go home another way, since the car the actor was in was full, he told her that they should lay down in the back of the car (a station wagon).

After prodding at her, she alleges that Hoffman assaulted her much in the same way that Kester describes. “There are people inches from us,” she recalls saying. “And he just took his hand and stuck his fingers right up inside of me. I didn’t know what to do. He’s smiling at me. I was frozen. I was outside of my body.”

After the incident, the anonymous woman says Hoffman handed her money and instructed her to take a cab and meet him in San Remo. Unsure of what to do, she eventually obliged, where she says she engaged in consensual sex with him, even though the act in the station wagon left her traumatized.

Earlier this year, Anna Graham Hunter, a woman who worked as a production assistant on Hoffman’s television adaptation of Death of a Salesman, came forward alleging that the actor groped her and used sexually explicit language with her during their time together. She shared detailed diaries of her experiences at the time, publishing them. Hoffman denied the allegations, but another two women, Wendy Riss Gatsiounis and actress Kathryn Rossetter both allege assault at the hands of the actor.

Hoffman has yet to comment on this recent series of allegations against him.

What do you think of the most recent allegations against Dustin Hoffman? Tell us @BritandCo!