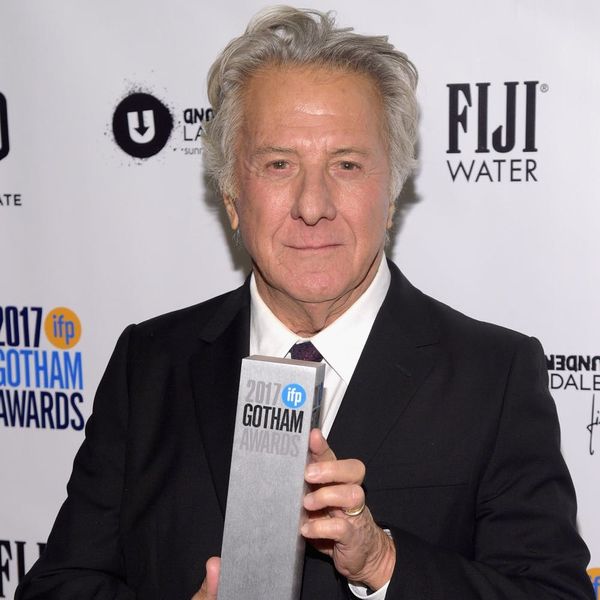 John Oliver, host of the Emmy winning HBO show Last Week Tonight, is cementing his place as a voice of reason in an era of “fake news.”

During a panel on Monday night to commemorate the 20th anniversary of the Dustin Hoffman political drama, Wag The Dog, Oliver asked the actor about recent allegations that he had groped the then-17-year-old Anna Graham Hunter on a set in the 1980s. When Hoffman shrugged off the question, Oliver slammed the actor, telling him, “It’s that kind of response to this stuff that pisses me off.”

In a guest column for The Hollywood Reporter, Graham Hunter published her diary from the time she worked as a production assistant on the 1985 made-for-TV movie, Death of a Salesman, starring Hoffman. In the diary, she discusses the unwanted touching, explicit sexual discussions and the mixed feelings she had about the actor, who was 48 at the time.

Oliver brought up the publication of Graham Hunter’s diary during the conversation, saying, “this is something we’re going to have to talk about because … it’s hanging in the air.” Hoffman was quick to snap back that Oliver was “making assumptions” before adding that he did not remember events in the same way. Oliver then brought up Hoffman’s response to the publication of Graham Hunter’s diary, calling the apology, “inadequate.”

“I have the utmost respect for women and feel terrible that anything I might have done could have put her in an uncomfortable situation. I am sorry. It is not reflective of who I am,” Hoffman said in his response back in November, which is what Oliver found so infuriating.

“It’s that kind of response to this stuff that pisses me off. It is reflective of who you were,” Oliver said. “If you’ve given no evidence to show it didn’t [happen], then there was a period of time for a while when you were a creeper around women. It feels like a cop-out to say, ‘It wasn’t me.’ Do you understand how that feels like a dismissal?”

The Washington Post has a clip of the exchange (which is a must-watch), showing Oliver standing up to Hoffman, eventually groaning when Hoffman’s continued attempts to wave off the accusations are clearly going nowhere. Later in the Post clip, Hoffman continues to make excuses for his behavior during the era and how it was a different time.

While Oliver was clearly as uncomfortable with the conversation as Hoffman, he pressed on, with Hoffman later trying to clear his name by shouting out his 1982 comedy hit Tootsie — a movie where Hoffman plays a straight man dressing in drag in order to get a better acting job — as some sort of feminist awakening. Tootsie was made at least three years before the events in Graham Hunter’s diary.

While it doesn’t appear that Hoffman understands why people are upset at his lack of introspection on events in his past, Oliver’s decision to press the star in an unconventional way is something more people in Hollywood should probably be doing — because it’s tough conversations that are going to create change, not just pointing out flaws.

What do you think of John Oliver’s line of questioning to Dustin Hoffman? Tell us @BritandCo!