Why Are People Burning Their New Balance Sneakers? 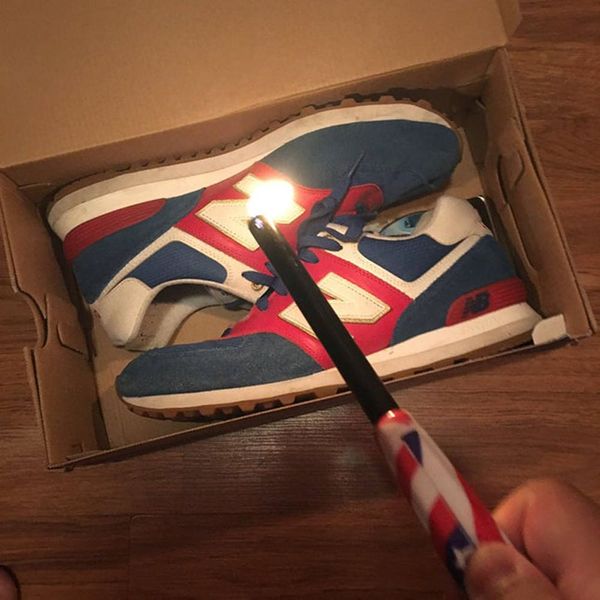 We’re living in a new era for business. Send one angry tweet to a company and, most of the time, you’re directly responded to by a rep eager to help quickly resolve the issue and diffuse any potential viral PR crisis. Just look at the dude who had a Kit Kat stolen from his car and was promptly sent 6,500 candy bars to help make a wrong right.

New Balance: "The Obama admin turned a deaf ear to us & frankly w/ Pres-Elect Trump we feel things are going to move in the right direction"

The statement was issued to the Wall Street Journal‘s Sara Germano by New Balance’s VP of public affairs. See the tweet above. Sole Collector then shared the news on their site and the tweet went viral. Promptly after word got around, some folks reacted by burning and throwing out their New Balances as a public protest against the company’s controversial stance.

The company then followed up to clarify what they meant by the statement. New Balance told Sole Collector, “As the only major company that still makes athletic shoes in the United States, New Balance has a unique perspective on trade and trade policy in that we want to make more shoes in the United States, not less. New Balance publicly supported the trade positions of Hillary Clinton, Bernie Sanders and Donald Trump prior to election day that focused on American manufacturing job creation and we continue to support them today.”

Let’s all just take a deep breath and admit New Balance probably could have chosen their words more wisely, but also that maybe we burned our sneakers partially because we’re upset we STILL can’t seem to get our hands on the newest pair of Yeezys.

Have you seen any other companies publicly back Trump? If so, share with us on Twitter @BritandCo.