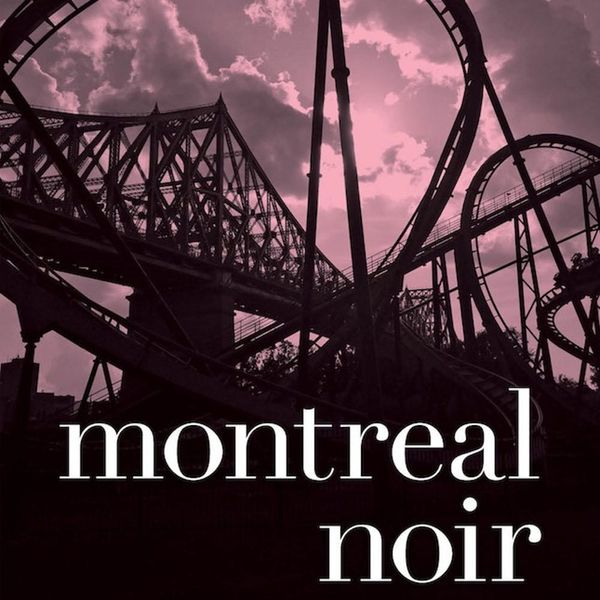 Oh, Canada! We stand on guard for many of your attributes: your sane healthcare system, your commitment to diversity, your delicious food products, and your attractive Prime Minister. (Also, your friendly books reporter may be a secret Canadian-American. Don’t tell anyone.) Most of all, though, we devour your entertainment: Your singers, songwriters, actors, directors, game show hosts, and artists of varying kinds have all found a home on the international stage. Please enjoy this week’s Canadian book club: We’ve got Canadian superheroes, Canadian noir thrillers, and the Canadian family for your perusal — or should we say per-EH-sal? They’re all as addictive as ketchup chips or poutine.

<em>All Those Explosions Were Someone Else’s Fault</em>

This may come as a surprise, but many of your favorite (so should we say favourite?) superheroes have a Canadian origin. We’re not just talking about Captain Canuck; Wolverine and Deadpool both originate from the Great White North. And even though Superman is technically from Krypton and lives in Metropolis, one of his creators, artist Joe Shuster, was Canadian. Gardner’s new novel graces us with some very new Canadian superheroes, new villains for them to face, and some seriously funny satire.

Akashic Books has been releasing successful anthologies of the best noir fiction since 2004’s Brooklyn Noir. Here, they move north, giving us noir in franglais, Montreal’s signature blend of cultures. (Don’t worry; the stories themselves are in English, though both French and English writers are represented). Montreal’s cosmopolitan nature, old-world cool, and shifting personality make it a perfect breeding ground for noir, a genre of victims, perpetrators, self-destruction, and the frustrations of a corrupt system.

Canada’s mosaic, whether you want to put a positive or a cynical spin on it, features a great diversity of people and cultures. What links us all are the emotional and human experiences we share. Basran’s new novel (her first, Everything Was Good-bye, won the Search for the Great BC Novel Contest and the Ethel Wilson Fiction Award) is about Simran and her siblings, born and raised in Canada, who must deal with the death of their mother, who immigrated to Canada after being raised in India.
Ilana Lucas
Ilana is an English professor, theatre consultant and playwright based in Toronto, Canada. When she’s not at the theatre or insisting that literary criticism can be fun, she’s singing a cappella or Mozart, occasionally harmonizing with the symphony, or playing “Under Pressure” with her rock handbell group, Pavlov’s Dogs.
Book Club
Creativity
Book Club Books
More From Creativity