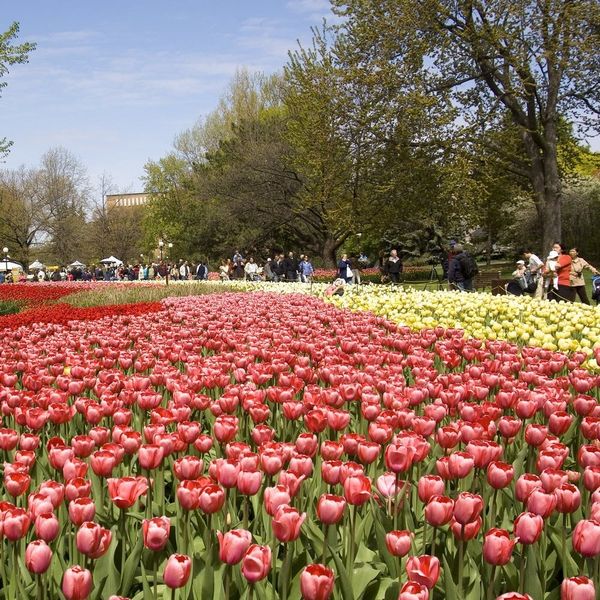 If there was ever a time to visit Canada, it’s right now. Our friendly neighbor to the north is on practically every must-visit travel list in 2017, claims three of the top five most liveable cities in the world, and celebrates its 150th birthday this year, complete with celebrations all around the country. It’s the land of incredible politeness and amazing Ryans (Gosling and Reynolds), so it’s no wonder the Canadian immigration site literally crashed due to demand during the night of the 2016 US presidential election.

When people think of visiting Canada, cosmopolitan Toronto or naturally beautiful Vancouver are usually the first cities that come to mind. But don’t sleep on Ottawa, the country’s charming, heart-shaped capital. There are plenty of reasons to visit the city, and possibly catching a glimpse of swoon-worthy feminist prime minister Justin Trudeau is just one of them. Check out why Ottawa is the hidden gem you should discover ASAP.

This charming and friendly boutique lifestyle hotel, which opened in August 2016, is the first and only foray into the Canadian market by Andaz (part of the Hyatt family), and it’s a love letter to Ottawa and Canada itself. As is evident from its name, the hotel is located just steps away from the bustle of ByWard Market, and they’ve taken great care to incorporate nearby vendors as much as possible — from local soap maker Purple Urchin, which developed four exclusive products for the hotel, to husband-and-wife-founded Hummingbird Chocolate, which won the 2016 Golden Bean Award for best bean-to-chocolate bar in the world (NBD) — to bring a cultural experience that makes you feel more like a local than a tourist during your stay. Each floor of the Andaz features art curated to represent a different province or territory in Canada, and they even host a salon event series that brings guests together with local artists and influencers. (Photo via Andaz Ottawa ByWard Market)

The center of the city lies at Parliament Hill, with politics being handled inside the gothic buildings on the banks of the Ottawa River. There are free guided tours daily and even ways to namaste: On Wednesdays at noon between May and August, free yoga is held on The Hill, where hundreds of people get their lunchtime om on. Yoga enthusiast Trudeau has been known to stop by, and the zen session is hosted by — who else — Canadian athleisure behemoth Lululemon. (Photo via Ottawa Tourism)

During World War II, Princess Juliana of the Netherlands left her Nazi-occupied country and found shelter in Ottawa. She gave birth to daughter Princess Margriet in 1943 in the Ottawa Civic Hospital, where the maternity ward was temporarily declared Dutch territory so Margriet could later rightfully ascend to the Dutch throne. As a thank-you, the Netherlands sent 100,000 tulip bulbs to Ottawa and has continued to send bulbs every year since. The Tulip Festival, which celebrated its 65th anniversary this year, runs in May and showcases Ottawa’s official flower. For Canada’s sesquicentennial, the specially bred Canada 150 tulip — red and white petaled to resemble the Canadian flag — is blooming throughout the city. (Photo via Ottawa Tourism)

The Andaz’s 16th-floor rooftop bar — highest in the city — has open-air fire pits, amazing views of Parliament, small bites to nosh, and a craft cocktail menu to drool over. FYI, at least some of the libations require the use of a propane torch, if you want to pair a little extra fire with your sunset views. (Photo via Andaz Ottawa ByWard Market)

The Andaz’s restaurant, helmed by Executive Chef Stephen La Salle, features local, organic, and sustainable food in a contemporary space. Boring, stereotypical hotel dining this is not. The cuisine is characterized as New Canadian — a blend of English and French influences — with dishes that are locally inspired and gorgeously constructed. (Photo via Andaz Ottawa ByWard Market)

Moulin de Provence, a small bakery in ByWard Market, skyrocketed to fame when then-President Obama stopped by in 2009 and bought a cookie: a red, maple-leaf-shaped shortbread with the word “Canada” written in white icing. Since then, the treat has been dubbed the “Obama cookie” and become a customer favorite. There’s a Trudeau cookie as well (also a red maple leaf, but with a picture of the prime minister on top), so you can pick up one of each to show your support for Canadian/US relations in the sweetest of ways. (Photo via Ottawa Tourism)

Arguably the best seafood joint in town, The Whalesbone serves only sustainable seafood in a lively, casual setting. The premier oyster house opened in 2005 and now has two locations in Ottawa. The menu includes po’ boys, fish and chips, and various other seafood delights. The only likely way you’d get oysters fresher than the ones here is if you fished them from the waters around Prince Edward Island yourself. (Photo via Whalesbone)
Lesley Chen