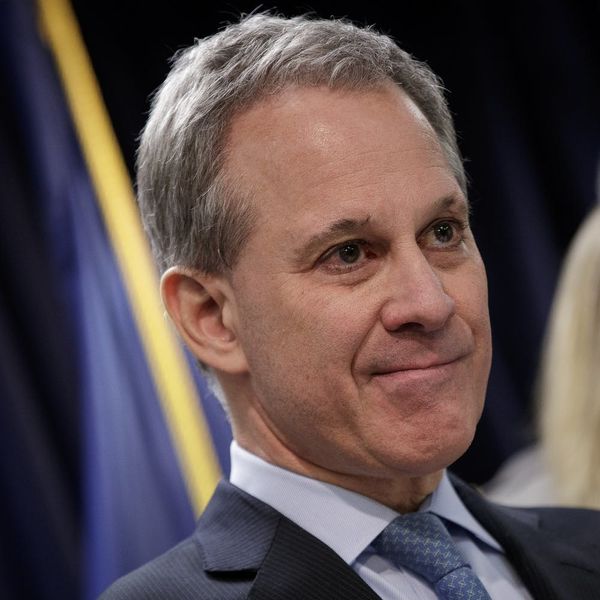 Coming forward after an assault can be extremely difficult for victims. Many perpetrators walk free, and victims may be blamed for their attacks or not believed at all. If a woman who has been assaulted does come forward, she must undergo an invasive test in the hospital, colloquially called a “rape kit.” When a local hospital in Brooklyn, NY charged 85 rape survivors for their rape kits between 2015 and 2017, the state’s Attorney General Eric Schneiderman stepped in, in a precedent-setting move that will essentially guarantee that survivors in the state are covered when they come forward.

Brooklyn Hospital Medical Center either billed the 85 survivors directly or billed their insurance companies for the administering of forensic rape kits — a series of tests and physical collections that can help police catch perpetrators of sexual crimes. The hospital did not inform the 85 patients that they would be charging for the collection, which is why Schneiderman stepped in. Under New York State law, the administration of rape kits should not be a billable medical procedure.

Schneiderman got wind of the hospital’s billing practice after some of the women were being hounded by collection agencies after refusing to pay for their rape kits. In a statement, he said, “It’s hard to imagine the heartache and anxiety a survivor must feel having to fight a collection agency over an unlawful bill for a rape kit. It’s unacceptable, and we will not allow it to continue.”

“I want to be clear: survivors of sexual assault are entitled to cost-free emergency care under New York law – and we will do everything possible to ensure they get the respect and care they deserve.”

The state’s Office of Victim’s Services is where the hospital should have gone to receive funding for the administered kits, and today’s statement by Schneiderman includes work by the AG’s office to ensure that this type of billing never happens again.

We must acknowledge that there has been a systemic failure by institutions across America to protect women.

In a series of tweets, Schneiderman reiterated that his office is in contact with hospitals across the state to ensure their policies line up with the law, and urged victims to contact his office if they have been illegally billed. He also went on to condemn the system currently in place for the inability to protect women who have been assaulted.

“The challenges facing survivors billed for their rape kits are the same ones facing the women who are coming forward across our country,” he tweeted. “We must acknowledge that there has been a systemic failure by institutions across American to protect women.”

Schneiderman has been on a roll in 2017, which is why his name may sound familiar to you. Earlier this year, he led a number of other state’s attorneys who are currently suing over the removal of DACA. He’s also currently investigating a breach of civil rights against Harvey Weinstein, and is looking into Uber after it was announced that the company paid hackers $100,000 in 2016 to cover up a massive data breach.

When reached for comment, Brooklyn Hospital Medical Center representatives told Refinery29 that there was a “breakdown in billing,” and that the hospital appreciates the advocacy work that Schneiderman has been doing across the state. The hospital’s representatives also said they have changed the way their billing works to ensure that victims of assault are protected and treated with dignity at their hospital.

Have you ever received an unexpected medical bill? Tell us how you dealt @BritandCo!

Kat Armstrong
Kat has been a writer, social media maven and mom for longer than she's willing to admit. She's also spent time in front of and behind the camera, interviewing celebs, politicians and acting as a producer for fashion and artistic photography shoots. When she isn't writing for various orgs and publications, she's hanging with her kids, husband and French Bulldog, Peter, in Toronto, Canada.
Politics
Current Events
Politics Womens Health