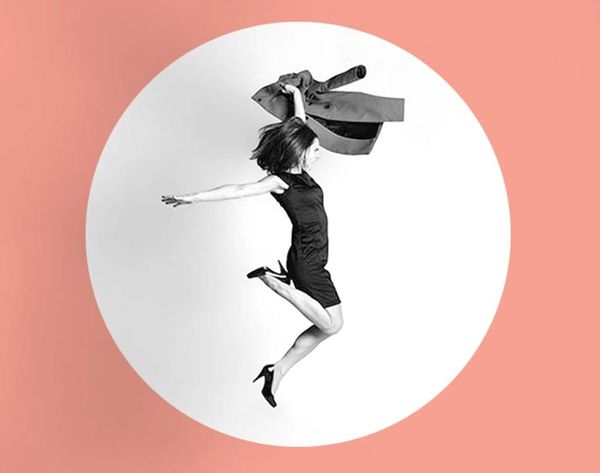 We’ve all attempted the classic jumping photo, where you jump as high as you can and someone captures your sweet airborne pose. Well, this photo series, by photographer Thomas Januska, is like the jumping photo on steroids.

His series Gravity was his final project while he was a student attending the University of East London. Each portrait is a square black and white image with the subject centered in the frame. His subjects are all wearing distinct outfits. Some look like they’ve just come from work, and others are dressed in pajamas.

The most interesting part of the project is probably comparing the subjects’ outfits to their pose. A businessman looks like he’s busting a move. A pajama-wearer looks like she’s sleeping in mid-air. A guy in a flat-brimmed hat does a cannonball into his hat collection. Each look is a bit unnatural, which makes it more captivating.

Surprisingly, Januska didn’t use trampolines to get these shots. Instead his subjects just gave it their all, propelling themselves into the air for a breath of weightlessness. If you’re a photographer, you can probably guess how long it took to get the perfect shot: He snapped 150 to 600 per person. The title of each photograph is the name of the subject, bringing an extra bit of personality to his cast of jumpers. See the full series here.

Do you have any fun poses you like to try out when going for a unique photo? Let us know down below!

Katelan Cunningham
Katelan is a tech junkie obsessing over all things startup and design. She has entirely way too many apps on her phone and is no stranger to binge-watching. She accidentally fell in love in Los Angeles and that’s where she currently lives, writes, tweets and grams.
Art
Home News
Art Photography