Ingrid Michaelson Is Writing a Musical Version of ‘The Notebook’ 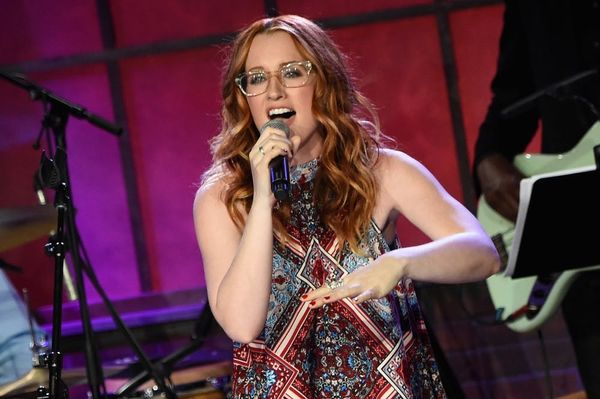 The romance is still not over. It’s been 15 years since Rachel McAdams and Ryan Gosling made us swoon in The Notebook, and now the beloved story is getting new life as a musical. Ingrid Michaelson appeared on the Today show on Thursday, January 3, to announce that she’s writing the music for the upcoming production.

“I’m writing a musical and the musical is The Notebook,” the singer-songwriter told Today host Hoda Kotb with an excited scream, adding that This Is Us writer Bekah Brunstetter will be penning the book for the show.

“It’s so different when you’re writing for a character,” she added. “It’s been really different and really interesting for me to write from these perspectives and just the idea of this undying love and of loss and memory. I can’t stop writing them. I’m gonna have too many.”

Michaelson is no stranger to musical theater. In 2017, she made her debut as Sonya in Broadway’s Natasha, Pierre & the Great Comet of 1812.

The stage adaptation of The Notebook will retell Nicholas Sparks’ story of Noah and Allie (played by Gosling and McAdams in the film), who find love in South Carolina during the 1940s but face daunting (and sometimes heartbreaking) obstacles, including different backgrounds, another man, and even World War II.

In 2005, the film won Best Female Performance and Best Kiss at the MTV Movie Awards, as well as all eight of the categories it was nominated in at the Teen Choice Awards.

Further details about the musical, such as a premiere date and the cast list, have not yet been released. But we have no doubt that plenty of fans will be eager to snap up tickets as soon as they go on sale.

Do you have a friend or two who would love to see The Notebook musical? Tag them @BritandCo!