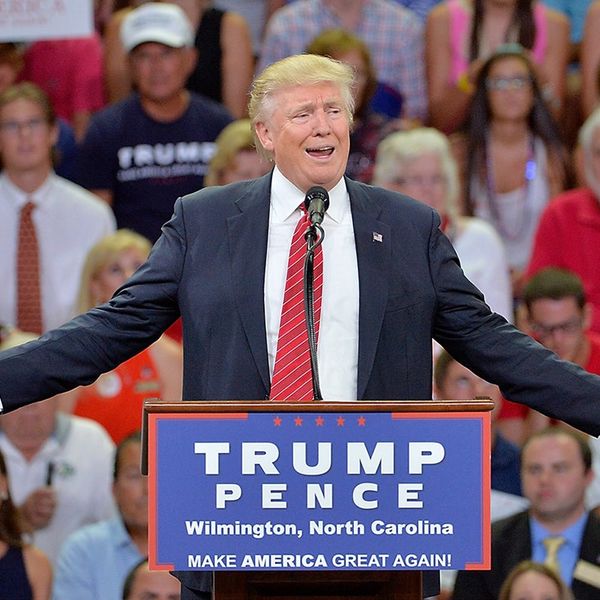 It was the tape heard ’round the world. Since the audio of Donald Trump and Billy Bush on the Access Hollywood bus leaked last Friday, Trump has been in hot water over the extremely lewd and entirely inappropriate remarks he was recorded making about women. It’s certainly not the first time this has happened. In fact, far from it (see: Alicia Machado). But for many, this tape — and its implications of deeply troublesome views on sexual consent — was the straw that broke the camel’s back.

In response to the tape, a trend started popping up on Twitter under the hashtag #notokay. The hashtag originated from writer and social media queen Kelly Oxford. After Friday’s events, she tweeted asking her followers to share their experience with sexual assault accompanied by the hashtag.

The response was deafening. Kelly has a huge following on Twitter but she said she wasn’t entirely sure what sort of response she’d get for this kind of request. In an interview about the hashtag, she said, “It was such a personal question. I thought, ‘No one is going to share anything on Twitter.'” How wrong she was. Hours later she was receiving 50 responses per minute. Here are just a handful of the tweets she’s received:

@kellyoxford @CherylStrayed soccer coach discretely groped my boobs while demonstrating how not to block someone in gym class. I was 13.

@kellyoxford first: Breasts grabbed at Halloween party when I was 14. Ass grabbed when I was wedding dress shopping at 27.

@kellyoxford Family friend laid on top of me on the couch and wouldn't let me up. I was about 11.

@kellyoxford I won't give details, but I was 12, and he went to jail.

Since last Friday, Kelly’s original tweet has been seen by more than 10 million people and it’s been favorited 18,000 times. One scroll through the replies (see an endless stream of them here), and it’s so immediately clear that this sort of reoccurring issue is so #notokay. It’s been five days and the responses keep coming in. If these tweets aren’t a blatant indicator that something needs to be done about this crucial issue, then we’re not sure what is.