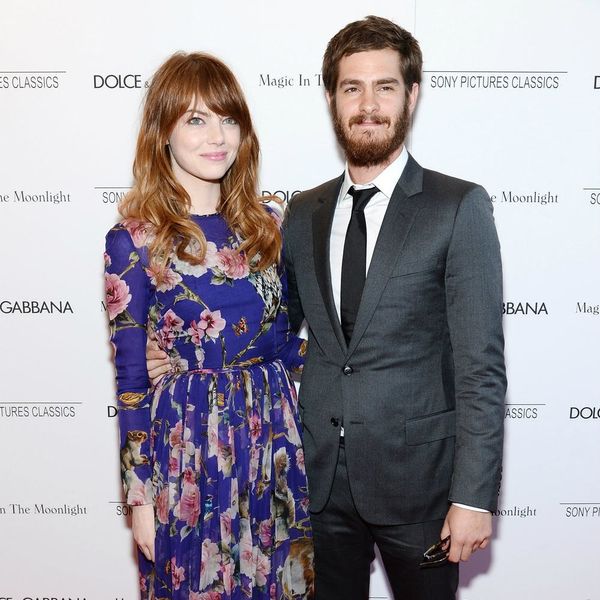 Emma Stone may be embracing plenty of new things in her life, like that (faux?) pixie cut she’s slaying on the latest cover of Vogue, but in other aspects, she’s reminiscing about the days of yore: particularly when it comes to her love life and ex-boyfriend Andrew Garfield.

Though they’ve been sparking rumors of a rekindled romance for a while now, apart from the fact that they’ve been spotted together post-breakup in London, we haven’t had much solid evidence to go on.

Emma’s Vogue interview seems to finally be shedding some light on that very topic. Without going into too much detail, the interview revealed that while Emma is currently single, Andrew is ― wait for it ― “someone [she] still loves very much.” EEEEE!!!

She also gives some insight into her mindset post-breakup, adding, “It’s been interesting. It’s been a good year. And sad. Pros and cons.”

Hmmm. While that doesn’t exactly sound like the fairy-tale ending we’ve been holding out for, it also doesn’t sound like all is (completely) lost, either.

Sooooo… back to square one?

Maybe not. Love goes a long way (particularly when you consider the fact that they’re rumored to have split for no other reason than conflicting schedules), after all, and we’re not willing to give up hope for these two just yet.

Would you like to see Emma and Andrew get back together? Tell us over @BritandCo.