‘One Tree Hill’ Stars, Then and Now 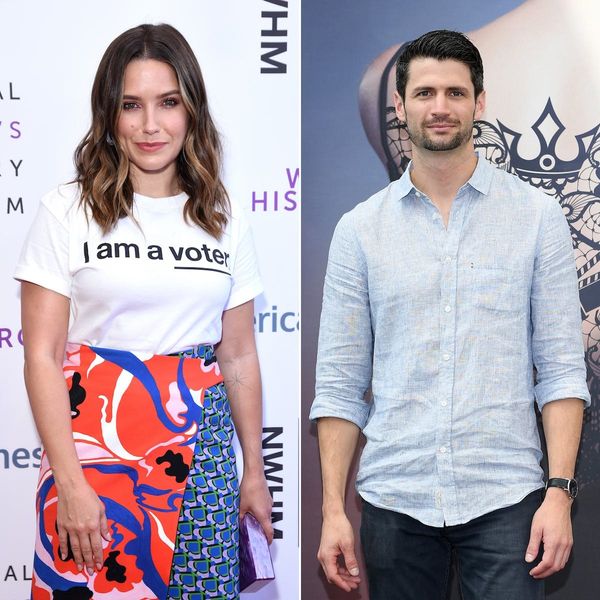 As of September 23, 2018, it's been 15 years since One Tree Hill premiered on the WB. The stars of the show — including Chad Michael Murray, Hilarie Burton, Sophia Bush, James Lafferty, and Bethany Joy Lenz — have all moved on to other projects, but we'll never forget the nine seasons we spent with them by the river court in Tree Hill. Click through to see where some of the cast members are now. (Photos via Valerie Macon/AFP/Getty Images + Presley Ann/Getty Images + Pascal Le Segretain/Getty Images + Phillip Faraone/Getty Images for Gemfields)
Chad Michael Murray, Then: By the time 22-year-old Murray was cast on One Tree Hill, he had already appeared on two other hit teen series, Gilmore Girls and Dawson’s Creek. But it was his role as OTH's Lucas Scott — a basketball player and writer who clashes with his half-brother Nathan — that earned him legions of fans. (Photo via Frederick M. Brown/Getty Images)
Chad Michael Murray, Now: In recent years, Murray has appeared as Jack Thompson on Agent Carter and as Sam Phillips on Sun Records. He also wrote two books, 2011's Everlast and 2017's American Drifter: An Exhilarating Tale of Love and Murder. On a personal note, Murray married his Chosen costar Sarah Roemer in January 2015 and is now the proud dad of two kids. (Photo via Phillip Faraone/Getty Images for Kodak)
Sophia Bush, Then: After landing a minor role in 2002's Van Wilder, Bush got her big break as cheerleader (and, later, fashion designer and entrepreneur) Brooke Davis. She stayed with the show until its series finale in 2012. (Photo via Peter Kramer/Getty Images)
Sophia Bush, Now: After One Tree Hill ended, Bush moved on to playing Detective Erin Lindsay on NBC's Chicago P.D. She also voiced the character of Voyd in the long-awaited animated film Incredibles 2, which came out in 2018. Off-screen, she has become an activist for women's rights, LGBTQ+ rights, and environmental initiatives. (Photo via Presley Ann/Getty Images)
James Lafferty, Then: Lafferty appeared on One Tree Hill as Lucas Scott's half-brother, Nathan Scott, from the show's pilot to its finale. Over the course of the series, he directed four episodes and received four Teen Choice Award nominations. (Photo via Evan Agostini/Getty Images)
James Lafferty, Now: Lafferty has become increasingly active behind the camera in recent years, directing various episodes of E!'s The Royals and, more recently, teaming up with fellow OTH alum Stephen Colletti to produce, write, and star in an upcoming Indiegogo-funded comedy series called Everyone Is Doing Great. He has also had roles on shows including Crisis and Underground, a WGN series about the Underground Railroad in Antebellum Georgia. (Photo via Pascal Le Segretain/Getty Images)
Hilarie Burton, Then: Although Burton was known to MTV fans as a VJ prior to One Tree Hill, Peyton Sawyer was her breakout role as an actress. She earned three Teen Choice Award nominations during her six seasons on the show but left before season 7. (Photo via Scott Gries/Getty Images)
Hilarie Burton, Now: Since leaving OTH, Burton has had roles on White Collar, Grey's Anatomy, Hostages, and Lethal Weapon. She has two kids with her husband, actor Jeffrey Dean Morgan. (Photo via Valerie Macon/AFP/Getty Images)
Bethany Joy Lenz, Then: Lenz played Haley James, one-half of the fan-favorite couple Naley (Nathan + Haley). A talented singer-songwriter in real life, she showed off her musical chops on the show, too, recording several songs as her character and even touring with Tyler Hilton (who played Chris Keller) between seasons. (Photo via Scott Gries/Getty Images)
Bethany Joy Lenz, Now: Lenz's post-OTH roles include Morgan on Colony and Jenny, the new fiancée of Jo Wilson's abusive ex-husband, on two episodes of Grey's Anatomy. She has also continued to perform and release music and is the proud mom of a daughter, Maria Rose, whom she shares with her now-ex-husband. (Photo via Phillip Faraone/Getty Images for Gemfields)
Lee Norris, Then: Before Norris ended up on One Tree Hill as Marvin "Mouth" McFadden — everyone's pal and the resident sports anchor of the group — he played Stuart Minkus on Boy Meets World. Mouth was just a recurring character for the first two seasons of OTH, but he was bumped up to series regular for seasons 3 through 9. (Photo via Kevin Winter/Getty Images)
Lee Norris, Now: After One Tree Hill, Norris reprised his role as Stuart Minkus on Disney Channel's Boy Meets World spinoff, Girl Meets World, from 2014 until its cancellation in 2017. He also appeared as Todd on two episodes of AMC's The Walking Dead in 2017. (Photo via Tiffany Rose/WireImage)
Desiree O
Desirée O is a ‘Professional Bohemian’ who loves anything and everything related to the arts, entertainment, and pop culture. She ADORES being a ‘Newsy’ for Brit + Co, covering all of the latest tidbits of awesomeness that you want to read about. When she’s not writing, she’s either making messy art, going on long adventurous walks with her camera, or poking around over at bohemianizm (http://www.bohemianizm.com/). You can find out about Desirée O and her work at http://DesireeO.com/ or follow her on Twitter @DesireeO.
Nostalgia
TV
Nostalgia
More From TV