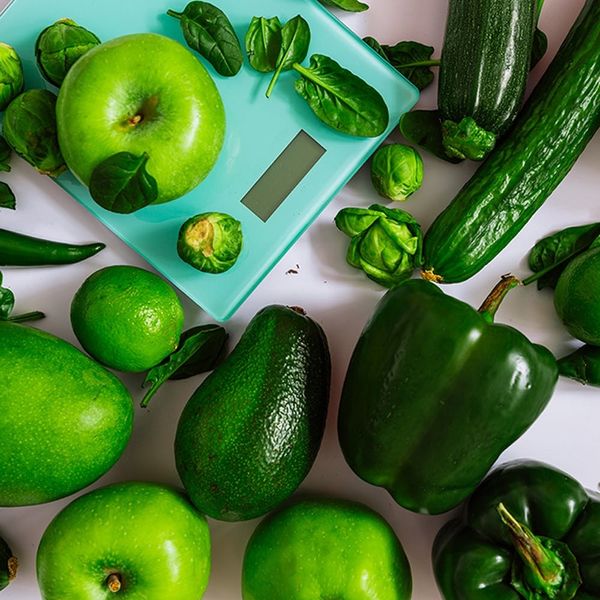 We all have that one friend, coworker, or sister-in-law who’s not just a food purist — she’s a food militant. She just wants to be healthy, she says, but having lunch with her is like tiptoeing through an edible minefield. Organic is nonnegotiable, dairy makes her break out, and don’t even mentiongluten. Up until now, you may have just called her exasperating, but it turns out there may be a name — and even a diagnosis — for an excessive preoccupation with eating healthy food.

Orthorexia nervosa, from the Latin words for “correct eating,” is an eating disorder that involves an obsession with consuming only healthy or “pure” foods. Typically, orthorexia starts out with the admirable goal of eating well for health. But as dietitian Carrie Dennett explains in Today’s Dietitian, a fixation on healthy eating can cross the line into dangerous territory when “it becomes entangled with obsessive thinking, compulsive and ritualistic behaviors, and self-punishment.”

Though it has yet to find an official place in the American Psychiatric Association’s Diagnostic and Statistical Manual of Mental Disorders, orthorexia is recognized by both the National Eating Disorders Association and Academy of Nutrition and Dietetics. Part of what makes it difficult to establish diagnostic criteria for this disorder is the fact that “healthy” eating looks different to different people. For some, orthorexic tendencies could manifest as hyper-vigilance about consuming a certain number of fruits and vegetables each day; for others, it could mean an inability to eat at restaurants or parties for fear of whether the food served is organic, “whole,” or raw. Still, others might jump from fad diet to fad diet, always in search of the apex of nutrition.

Regardless of how it presents itself, orthorexia, like other eating disorders, takes its toll on the everyday life of sufferers. According to the National Eating Disorders Foundation, symptoms and warning signs include obsessive thinking about diet; compulsive checking of ingredient lists and nutrition labels; cutting out entire food groups (such as all dairy, carbs, meat, or gluten); or becoming distressed when “healthy” or “safe” foods are unavailable. In extreme cases, orthorexics may lose dramatic amounts of weight or develop nutrient deficiencies. Many experience a negative impact on their social life, as their strict dietary adherence prevents them from enjoying events that involve food.

If you get the sense that more people than ever are consumed with the pursuit of a “clean” diet — even obsessively so — you’re not wrong. In fact, the term orthorexia was coined only 20 years ago. Several factors seem to have influenced a steady rise in disordered thinking about healthy eating ever since. As we hear increasingly dismal statistics about our nation’s obesity, diabetes, and heart disease epidemics, it’s only natural to want to take control of one risk factor we have control over: our diet. Additionally, marketing around “clean,” “natural,” and “organic” foods (as healthful and environmentally conscious as these products may be) has infiltrated our collective consciousness, often prompting misleading conclusions about what’s really necessary for health. The internet and social media play a role too. Images of perfection filling our screens make us all too vulnerable to a desire for perfection in our own lives. One study directly linked increased Instagram use to symptoms of orthorexia. (And no one was surprised.)

It’s not just the Instagram crowd who’s susceptible to a derailing preoccupation with eating right. You’re more likely to develop orthorexia if you work or study in a field that centers around wellness or image, such as medicine, nutrition, exercise science, or the entertainment industry. And though yoga and complementary medicine come with many benefits, involvement with them can also mean increased vulnerability to orthorexic thinking.

Eating a healthy diet is always an excellent goal. But if you suspect your interest in healthy eating has gotten out of hand, or if nagging thoughts about the pure caliber of your diet disrupt your day-to-day, don’t hesitate to reach out to a dietitian or therapist. Orthorexia can be treated with cognitive behavioral therapy, bringing you back to a balanced, actually healthy approach to food.

Have you heard of orthorexia? Tweet us at @BritandCo.

Sarah Garone
Sarah Garone is a mom, wife, nutritionist, and freelance writer in Mesa, AZ. She loves music and travel, speaks fluent German, and does a lot of running (to counterbalance the surprising amount of cookies she eats for being a nutritionist). Find her sharing great recipes and helpful nutrition info at A Love Letter to Food.
Healthy Living
Health
Healthy Living Mental Health