How Plated Is Making It Easier to Eat Better 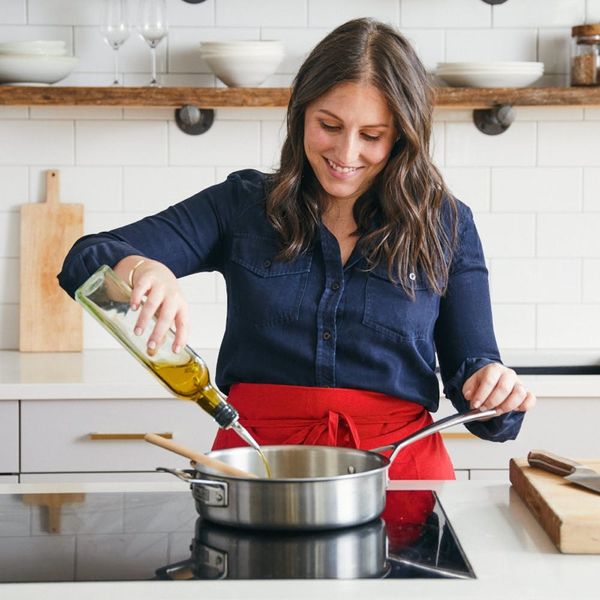 Meal delivery services are designed to streamline dinner prep and make life easier in general. One positive effect is that they’ve been getting whole families into the kitchen and excited about creating delicious, balanced meals together. There are a bunch of powerful women in the food industry who are making this happen, and Elana Karp is one of them. She did whatever she could to get to the place where she could make her mark in the food space, and as the Head Chef and Culinary Co-Founder of meal delivery service Plated, she’s responsible for making their meals what they are today after developing their entire recipe program from the ground up. Read on to discover just where Karp’s passion for nutrition and home cooking comes from.

Elana Karp had an affinity for cooking from the age of six but never saw it as a viable career path for herself. She majored in psychology in college, thinking that it would be a versatile degree that she could apply to virtually anything. During college, she took an interest in education — specifically, in programs for low-income communities — so she applied to Teach for America, which is where she first discovered her love for teaching others about nutrition. Her passion for food fully ignited, she decided to move to Paris and enroll in Le Cordon Bleu to officially become a chef. Following culinary school, Karp worked for a company that produced healthy lunches for schools, and she also started her own after-school nutrition program in select New York City schools.

But Karp wanted to contribute her talents to something even bigger. She landed at Plated just as it was getting off the ground, and the rest is history. Now, her job consists of researching and developing new recipes for the meal kits, tasting potential meals in the test kitchen and giving feedback on them, and interfacing with the data science team to discuss customers’ comments on the various meals. No two days are the same, but that’s what keeps things exciting — she’s helping quality, creative ingredients arrive in people’s kitchen and on their families’ plates.

Brit+Co: How did your time with Teach for America help you realize your career path?

Elana Karp: I taught second grade at Harlem Children’s Zone in New York City. I was taken aback by how little my students understood about food and nutrition, and it was impacting their health. I did little programs in the classroom about how what you’re putting in your body affects you, like having the students set aside bags with sugar cubes in them to represent how much sugar was in a can of soda or another sugary beverage like iced tea. That really put things in perspective for them; I then saw students starting to bring water bottles to school instead and making an effort to be conscious about what they were putting in their bodies. The whole experience made me even more positive that I wanted to help people eat and live better.

Brit+Co: What was the reason you ended up at Plated?

EK: Once the interest in nutrition was sparked during Teach for America, I wanted to explore food a little more. I moved to Paris and studied at Le Cordon Bleu and then came back to New York. I wanted to combine my newfound love of nutrition and my experience teaching, so I found a company that was centered around healthy school lunches and joined the team. I also started up nutrition education programs for summer camps on the side.

What I learned while I was working for the school lunch company is that I loved having an impact on how people ate, but I wanted to do something on a much larger scale. I heard about Plated, which back in 2012 had just been launched by Josh Hix and Nick Taranto, and submitted my resume to them. As the Culinary Co-Founder, I worked with the two founders to build the entire culinary program and recipe structure.

EK: I think what’s made us successful as a team is the shared passion for what we’re doing. Now that our office is much bigger than when we started, we have team members with so many different backgrounds, but the goal hasn’t changed: enabling people to cook more and eat better.

B+C:How does Plated cater to families who are looking for better, simpler, more nutritious meal options, and how is it changing their lifestyles?

EK: We believe that food is so personal. We curate menus and recipes that allow you to create your own cooking adventures because you have control over the ingredients you put in. We have more than 20 dinner options per week, as well as a couple of dessert options, aimed to cater to a range of tastes, preferences, and dietary restrictions. We listen to our customers and offer them the things that they need, whether that’s quicker recipes, less pots and pans for easier cleanup, basic flavors for younger families, or more exotic flavors for adventurous palates.

And it’s shifting the way families are getting dinner on the table. I don’t know that we went into it with the idea of equalizing meal prep in the kitchen for men and women, but it’s certainly making cooking more accessible for everyone, regardless of gender.

B+C: What’s a setback you’ve overcome since making the career pivot into food?

EK: Back at the start of Plated, I was a little bit risk-averse and not super comfortable making mistakes. That’s not a great attitude to have when you have a new company that you’re trying to grow so fast. I made a pretty big mistake in the beginning, and Nick and Josh assured me not to worry, as long as I could learn and grow from any mistake. It was a small setback but a big opportunity for growth.

B+C: Who are some other women in the culinary field who have inspired you?

EK: I find Julia Child to be so inspirational in the food space, in the way that she brought gourmet cooking into people’s homes. That’s really what we’re trying to do at Plated.

Another person that inspires me is Jessamyn Rodriguez of Hot Bread Kitchen (a nonprofit bakery in New York City that trains immigrants in having a career in baking). The company is so diverse and has created so many opportunities for women.

What would you say to women who are passionate about nutrition and looking to break into this field?

EK: I do think that there is a lot of blank space and so many possibilities out there in food. Go for it, and if you can, learn from my lesson: Don’t be afraid of failure. And take whatever opportunities come your way, because you never know where they might lead. I took a bunch of weird food jobs before Plated: I catered, was a private chef, and even sold turkeys at a farmer’s market before Thanksgiving. Keep yourself open to any and all opportunities.

Mara Santilli
Mara Santilli is a freelance writer based in New England. Her work has appeared in several publications, including Shape and Marie Claire. When she isn't writing, she can be found munching on any piece of dark chocolate she can get her hands on, plunking out her favorite acoustic songs on the guitar, and finding the cheapest Broadway tickets possible. Follow her adventures on Instagram to see where she's headed next.
Career Advice
Work
Career Advice Foodie Girlboss Healthy Living Interview
More From Work