Why We’re Tempted to Play Hard to Get 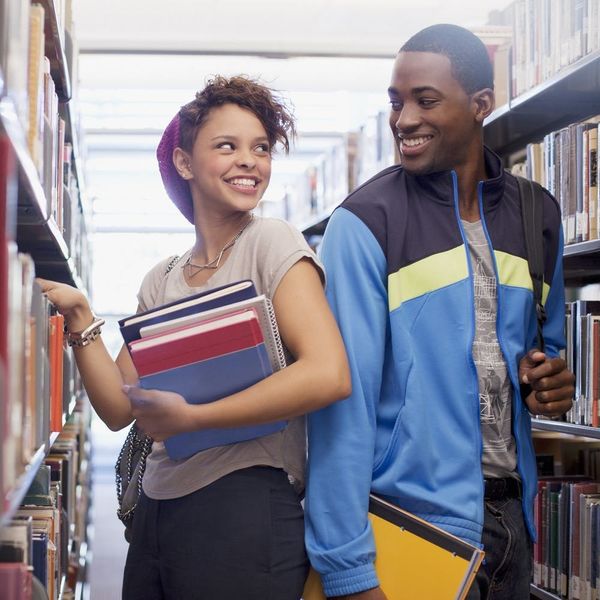 When you’re in a committed relationship, most people will tell you that honesty is everything (unless, of course, you’re honest to the point of being mean). But what happens when you’re almost in a relationship or just in the early flirting stages? You probably know that you shouldn’t avoid hard conversations, but still — if you’re anything like us — you end up playing games to try to win over your crush (waiting at least a few hours to text back, anyone?). While playing hard to get can be entertaining at times, relationship expert Angie Gunn says that, ultimately, it’ll just get in the way of developing a relationship you really want.

Why it’s so tempting to play hard to get

There’s a historical reason we’re seemingly wired to charm potential partners, push them away, then repeat. Gunn says that the entire concept of playing it cool in the beginning stages of a relationship comes from past methods of dating. In the days (way) before dating apps, men would generally pursue women over a very long period of time. Rather than be perceived as creepy (as they might be nowadays), men were viewed as loyal for maintaining their attraction to one woman for so long. In turn, women were supposed to act “flirty but not too interested, and be available and present, but a bit precocious,” Gunn explains.

Even though times have changed, Gunn says that we continue to play hard to get because we still adhere to the concept that love is only worth it if you have to work for it. “We still buy into the belief that love is more true and meaningful when earned, when fought for, and when it looks like a roller coaster of emotions and confusion,” she tells us. “What’s really happening is that we’re scared, confused, and uncertain. At its core, playing hard to get is really just poor relationship communication and managing fear through aversion,” Gunn explains.

In reality, blowing hot and cold with a crush is actually a way to mask fear of deep feelings, rejection, or closeness. This fairy tale of the chase isn’t so appealing when you consider what’s really at play for both people.

“Playing games and pushing a person away gives us the perception of space to feel out these fears, assess what is happening, and perhaps make more direct choices later,” Gunn says. “But the transition to a more direct communication style is hard to make after weeks or months of being coy.”

How to STOP playING hard to get

If you’re done playing games, Gunn recommends that you focus on self-awareness. By being in touch with the things that spook you about relationships (or one relationship in particular), you’ll be much better equipped to face those fears and talk about them with your potential partner. If you aren’t ready to discuss those deeper feelings with your love interest, walk through them with a therapist or friend instead.

Talking about heavy relationship stuff is, well, scary. Gunn says that you don’t have to dive into these hard conversations with your partner right away. Instead, practice direct communication on less stressful subjects such as what you look for in an S.O. or by sharing lesser-known facts about you.

“Direct communication will always be more effective because there are no hidden messages, expectations, or uncertainties,” Gunn points out. “Instead of months of turmoil and back and forth, you can understand immediately if this person feels the same, if you share the same life goals and plans, and if you are compatible in ways you both need.” That sounds a lot healthier and easier than playing games to us.

Is there an advantage to playing hard to get? Let us know your thoughts @BritandCo!

Gabrielle Gresge
Gabrielle Gresge is a Chicago native and journalism student at the University of Missouri. While not chasing deadlines, she enjoys giving campus tours, exploring her new home, and missing her old one. She loves to write about these experiences in her own handwriting at gabriellegresge.wordpress.com.
Dating
Relationships
Dating love Relationship Advice
More From Relationships