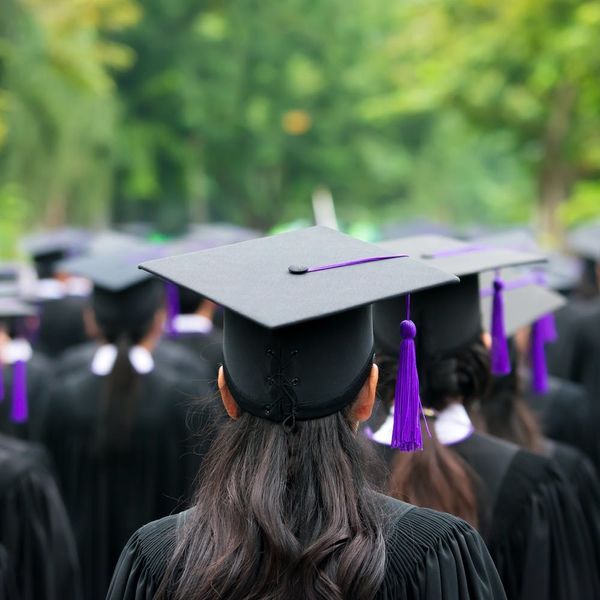 Graduating college is at once immensely liberating and completely terrifying. After a lifetime of being told the world is your oyster and four years of higher education, you’re armed with some amazing friends and memories — and that might be it. But before you worry too much about what to do with your life, take some time to watch these classic films that capture the post-grad ennui perfectly.

Reality Bites (1994): Easily one of the most iconic movies about post-grad malaise you’ll see (and one of the most iconic ’90s movies, period). Winona Ryder stars as Lelaina Pierce, the recently graduated class valedictorian who finds herself suddenly stuck without a job, a purpose, or, really, any promising pursuits. It’s worth a watch not only immediately following your own college graduation, but again years later, when you’ll finally be able to see that Ethan Hawke’s character Troy was the actual worst. Trust us on this one.

Frances Ha (2012): This Noah Baumbach cult hit, starring Greta Gerwig and Mickey Sumner, is a devastating look at how female friendships can change when priorities no longer line up outside the safety of college. It’s also oddly comforting.

Post Grad (2009): Who better to walk us through post-grad anxiety than Rory Gilmore herself? Okay, fine, Alexis Bledel isn’t playing her Gilmore Girls character in Post Grad, but close enough! Ryden finds herself moving back home with some major job anxiety after college, and eventually ends up choosing between her dream job in journalism and — you guessed it — a boy (none other than Zach Gilford). More rom-com than realistic, but a soothing watch nonetheless.

Kicking and Screaming (1995): Another one by Baumbach, the ’90s cult classic Kicking and Screaming perfectly captures the particularities of post-grad difficulty. It’s not a very uplifting watch, but if you want to feel some crushing familiarity with refusing — or simply not knowing how — to move on after college, find a copy of this ASAP.

Tiny Furniture (2010): Lena Dunham’s pre-Girls introduction was her feature film Tiny Furniture, an indie flick about moving back home after college and waiting for life to start. A worthwhile watch not just for new grads, but also for Girls fans who want to get early glimpses of show stars Jemima Kirke and Alex Karpovsky.

Adventureland (2009): Set in the summer of 1987, Adventureland stars Jesse Eisenberg as a budding journalist forced to put grad school on hold until he earns some money. He gets a summer job at a run-down rural amusement park, where he meets Emily (Kristen Stewart). It’s a perfect love letter to feeling lost — and being okay with it for the summer.

St. Elmo’s Fire (1985): An ensemble cast coming-of-age film for the Brat Pack generation that manages to balance both the bright-eyed optimism and the crushing reality that those first few months out of college bring. A classic.

The Graduate (1967): The Graduate may be most famous for the May-December relationship that unfolds between Benjamin Braddock (Dustin Hoffman) and Mrs. Robinson (Anne Bancroft), but it’s quintessential viewing for Ben’s post-grad anxiety and aimlessness, which ring just as true today.

Do you have a favorite movie about graduating college? Let us know @BritandCo!