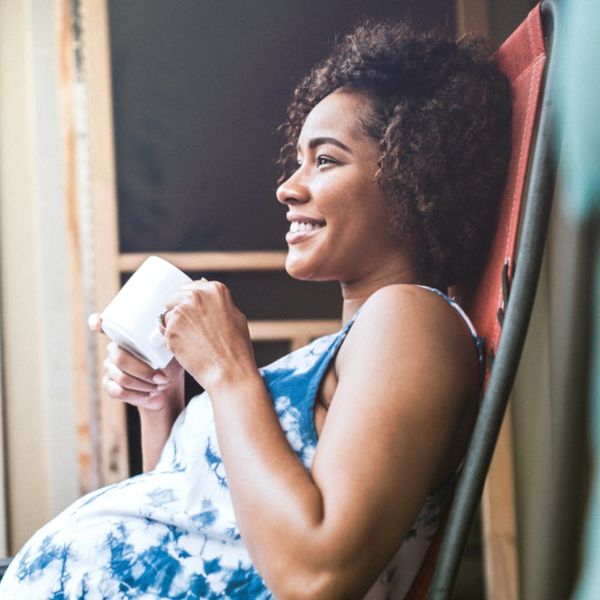 Ever since that test showed a plus sign, you’ve been reading blogs, talking to other moms, and dishing with your besties — so now you know everything there is to know about pregnancy, right? Not so fast. Some of what you’ve heard, read, or been straight-out told might not be as true as you think it is. Plenty of that so-called “info” is more mythology than reality, and you’ve already got enough to worry about during pregnancy. Whether you’re wondering about if that thing your BFF’s sister’s co-worker’s boyfriend’s cousin told you is actually true, or you’re just not sure whether you should believe some of those “alternative facts” your grandma is spewing, we’ve got the lowdown on pregnancy myths that you absolutely shouldn’t believe.

1. Nine Months: Calculate it. Nine months, times four weeks per month, equals 36 weeks. But that’s not exactly full-term, which actually clocks in at 40 weeks. Whoa! How does that happen? Yeah, the whole “nine months” thing is really one of the biggest pregnancy myths out there. Technically, you’re sort of pregnant for nine months… That is, you’re pregnant all the way through the ninth month, up until sometime in month 10. Again, do the math — 10 times 4 equals 40. There’s your 40 weeks. There is a bit of good news, though: It’s not 40 weeks from the time you conceive, but 40 weeks from the start of your last period.

2. Exercise No-Go: Someone told you that exercise is a major no-no during pregnancy. After all, you are growing another person inside of you: That means you have to be careful. Of course… but that doesn’t mean you have to stop jogging, quit going for your after-work walks, or give up your gym membership for the next nine months. Talk to your doc and find out what the pro thinks you can (and can’t) do. While some mamas-to-be have restrictions based on possible complications, short of a preexisting medical issue, you’re probably good to go when it comes to exercise.

3. Pregnancy Glow: Ah, that pregnant glow: It happens the moment you conceive and lasts for nine beautifully dewy months. Yes, some women have a special glow about them, but that’s certainly not the rule. Sometimes that “glow” comes from sweat, sometimes it’s the flush from vomiting half a dozen times before lunchtime, and sometimes it’s just wishful thinking. It’s okay, though, since no one will notice if you’ve got a glow or not. They’ll be much more into watching your growing bump!

4. Forgetting Fish: You can still have fish. Just not tons of it, or all kinds of it. Fish is protein-rich, and that’s good for your baby. So go ahead and eat anchovies on your pizza, that catfish your S.O. caught, and the yummy salmon that your fave bistro has on special. But avoid king mackerel, marlin, orange roughy, shark, swordfish, tile fish from the Gulf of Mexico, and bigeye tuna. These have the highest mercury content, which isn’t healthy for pregnant women.

5. Morning Sickness: The name is “morning” sickness, so clearly you’ll only get sick in the morning. Well, some women do only get sick first thing in the morning — when the stomach is empty. But it’s also perfectly possible to feel rocky all day (and night) long. Instead of calling it morning sickness, maybe we should just change it to “all-day sickness.”

6. Food Times Two: You definitely shouldn’t diet while pregnant. That’s just not healthy. But you also don’t need to eat like the zombie apocalypse is coming tomorrow and the only thing left will be dented cans of kidney beans. Even at full term, your baby is much smaller than a full-grown adult, so doubling your dietary intake every day is likely to lead to one thing — gaining too much weight. Sure, you should add on some extra eats during the day. But that doesn’t mean you need to scarf down everything in the fridge: Be smart, stay healthy, and eat in a sensible way.

7. Mozart Works: You’re playing Mozart, Bach, and all kinds of classical music for your baby every day. They’re not even on the outside, but you’re already trying to make them smarter, and you’ve heard that classical music will put your baby on the road to Harvard. Sorry to say, it can’t hurt, but it probably won’t help either — at least not in the way you’re thinking. There’s no conclusive scientific proof that playing tunes to a fetus will boost IQ later in life.

8. Pregnancy Pain: Everyone knows you will absolutely have aches everywhere, swollen body parts, and strange little pains. This is one myth we’re happy to bust! Sure, there are plenty of people who have strange sensations and discomfort during pregnancy, but that doesn’t mean everybody will. There’s no reason to go into pregnancy thinking you’ll be in pain for nine (or, cough, 10) months.

What pregnancy myth have you unlearned? Tweet us your answer @BritandCo!

Erica Loop
Erica Loop is a freelance writer living in Pittsburgh. When she's not busy creating kids' activities for her blog Mini Monets and Mommies, you can find her trying to hang out with her teenage son, being chased by her two Olde Boston Bulldogs or teaching a children's karate class (she's a third degree black belt!).
maternity
Pregnancy
maternity New Moms Womens Health
More From Pregnancy